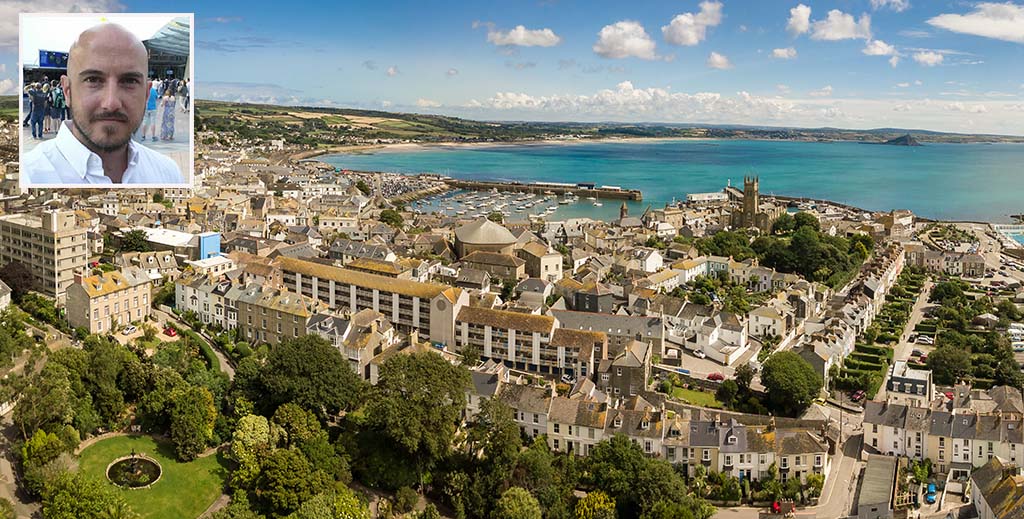 A letting agent and removals company in Cornwall have joined forces to tempt landlords away from doing short lets and back to traditional tenancies.

Increasing numbers of landlords moved into the short-lets sector during the staycation boom, prompting angry locals to square up to holiday homeowners in the county where there’s a chronic shortage of rental properties.

RDR Estates based in Penzance has now offered to waive its upfront £300 fee for anyone wanting to change their Airbnb or holiday let into a long-term let, while Crago Moves will only charge for removing furniture – and any profits from the auction sale go to the landlord.

Dan Roskilly (main picture), a partner at RDR Estates, says landlords renting out holiday lets for 40 weeks a year had been making more than those with long-term lets, but that with the costs of cleaners and rising energy bills, margins were shrinking.

“We hope by taking the financial sting out, we can encourage those people who are teetering on the edge of making a decision,” Roskilly tells LandlordZONE.

“Obviously we’re running a business and would like more clients but we also want to do something to help. I hope it will encourage others to do the same.”

East Devon MP Simon Jupp (pictured) has urged the government to look at the rise of second home ownership and the increasing numbers of holiday cottages in the South West.

He supports plans being drawn up by the government to hand councils discretionary powers to increase council tax by 100% on second homes that are neither used nor let out by their owners for at least 70 days per year, but thinks they could do more.

“One policy could be to allow councils to reserve a percentage of new builds for people with a local family or economic connection to an area,” he suggests. “It would permanently protect a percentage of any new housing stock from second-home ownership.”