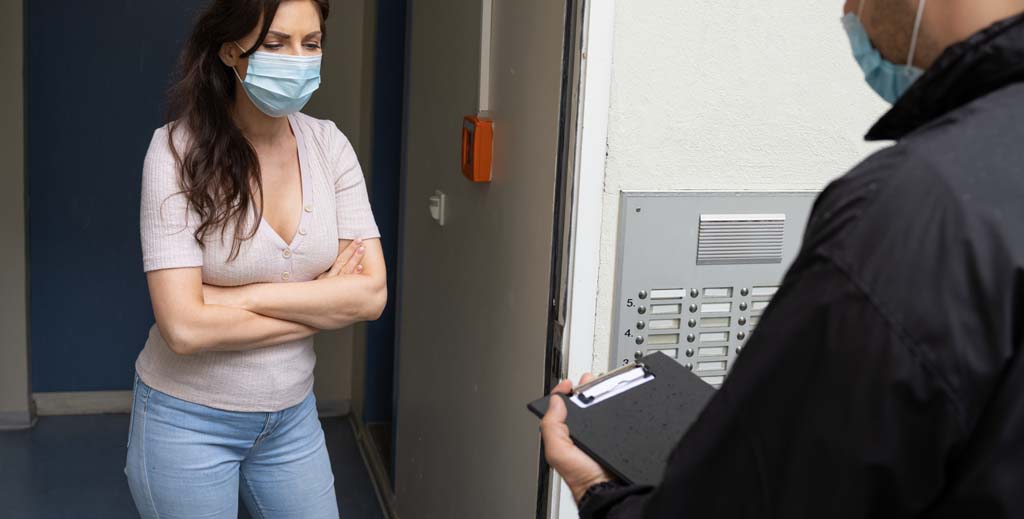 The ministry of housing has clarified the current rules for landlords waiting to evict tenants in England following growing confusion within the sector.

Several landlords have been in touch to ask LandlordZONE what the current position is following three lockdowns over the past 10 months during which there have been several changes to the evictions regulations including this week when the ban on evictions taking place in most cases was extended to 21st February and potentially, beyond.

And one official at a London county court last week appeared confused by it all too, conflating a Section 21 notice and a bailiff’s 14-day N54 Notice of Eviction.

This is because although landlords are able to give tenants a notice seeking possession (known as ‘notices of eviction’), possession hearings are continuing within the court system and possession orders are being granted. It is bailiffs that have been told not to proceed including the serving of any 14-day notice of evictions.

So when can landlords evict a tenant?

We approached the Ministry of Housing, Communities and Local Government and the High Court Enforcement Officers Association (HCEOA) for clarification, and they have now both confirmed this:

“[But] you can only use the six months’ arrears exception if your original order was based on rent arrears,” says Andrew Wilson, Chairman of the HCEO.

“A further application to court is required to take advantage of the exception and a copy of the order allowing it must be supplied to either the bailiff office or the HCEO – if permission is granted to transfer the matter to high court for enforcement purposes – before the bailiff or HCEO is permitted to move to eviction.”

“Although on the face of it the reduction in rent arrears being owed to six months seems a positive move for landlords, requiring an application to be made for the court to be satisfied that an exemption exists is another costly procedural step,” says Tim Frome (pictured) of Landlord Action.

“It is not clear when the six months rent arrears should be calculated from, there has been some commentary that it should be when the warrant for possession was either granted or is applied for.

“The other unknown is whether a hearing would be called by the Court to deal with the matter or whether it can be undertaken by a judge on the papers of the application.”

MHCLG also yesterday updated its advice on evictions for landlords and has also told LandlordZONE that it “will review whether an extension to this measure is needed and provide more detail on this in due course taking into account public health advice.”

Paul’s TV picks: How a difficult eviction left one landlord an ’emotional wreck’