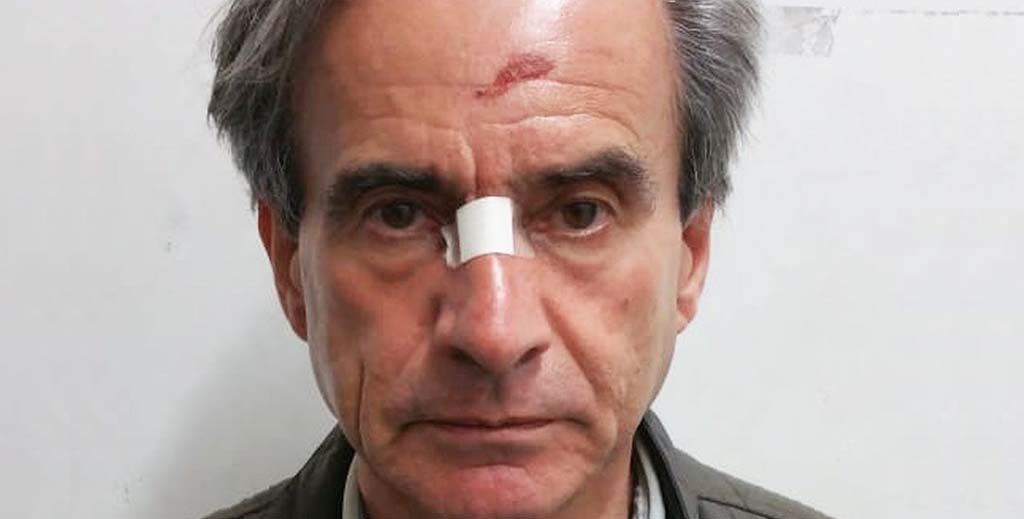 A tenant who tried to frame his landlord’s partner for the 2017 Westminster Bridge terrorist attack following a dispute over his tenancy has been convicted of perverting the course of justice.

Gerald Banyard (pictured), who lives in Lancashire, tried to implicate his Sussex landlord’s partner by sending package to police stations in Brighton and Eastbourne implicating him in the terrorist atrocity in London.

Although he has been convicted, Banyard did not attend his hearing at Southwark Crown Court this week and a warrant has been issued for his arrest.

His actions followed the attack by Khalid Masood during which he ploughed his car into pedestrians on the bridge and then killing an unarmed police officer outside the Houses of Parliament, Keith Palmer.

“Banyard looked to exploit an extremely tragic and serious situation to try and settle what was a private dispute with his landlord,” says Commander Richard Smith, head of the Metropolitan Police Counter Terrorism Command.

“His actions meant that counter-terrorism resources were diverted to investigate what turned out to be a completely fabricated story which implicated an innocent man.

“His actions were disgraceful and completely reckless.”

After the packages were sent, counter-terrorism detectives questioned the landlord’s partner and confirmed he was completely innocent.

He identified Banyard as a possible suspect because he was involved in a tenant-landlord dispute with his partner.

A handwriting expert confirmed that Banyard had written the notes sent to police.

LATEST: ‘Students will soon tire of remote learning and return to their accommodation’