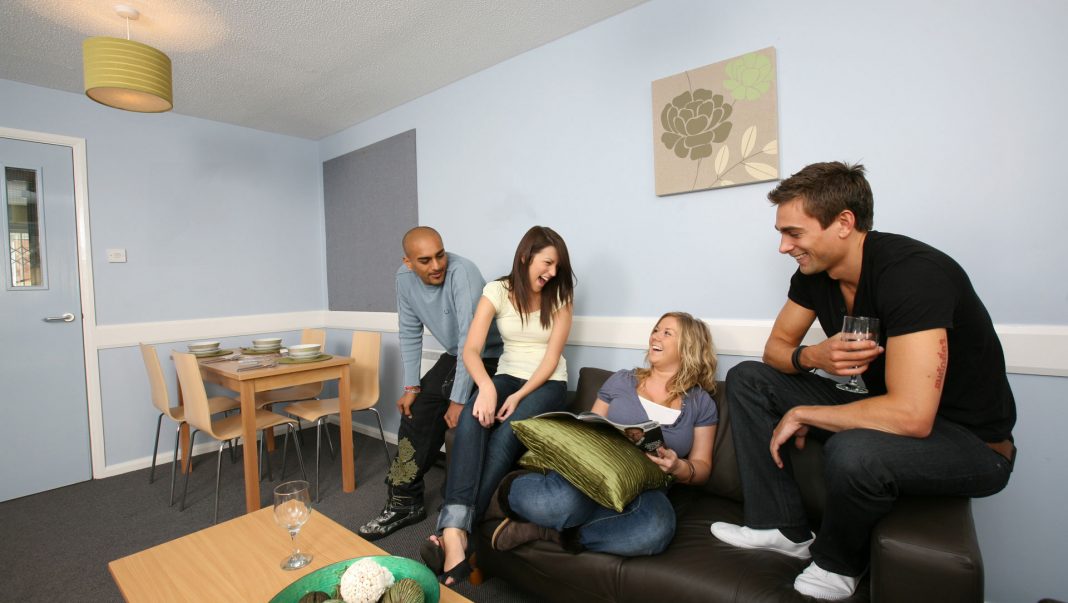 Covid-19 has presented UK landlords with some severe challenges right across the rental market, residential and commercial, but it’s left student landlords facing a unique set of difficulties.

There has been a plethora of regulatory change for lettings in the private rented sector (PRS) in recent years, with lots more on the way.

It seems that public opinion, driven-on by anti-landlord media sentiment, and the political fall-out from this, is bringing back socially motivated “tenant friendly” legislation from the dim and distant past.

From the proposed ban on Section 21, the so-called ‘no-fault’ eviction, a ban on tenant fees (Tenant Fees Act of 2019) to a re-definition of what constitutes an HMO involving student housing in particular, Right to Rent Checks and Article 4 Directions, which restrict otherwise permitted developments meaning conversions require a planning application, with lots more changes in-between.

Many landlords who see themselves as responsible – those trying hard to meet their legal requirements, at the same time as providing a good tenant experience – are concerned that many of the measures being taken to tackle the rogues are hurting them more. Many of the changes, they argue, simply are not appropriate for the student letting market and will slowly drive them out of business.

Of the 20 per cent of housing in the private rented sector (PRS), a good percentage of them are student lets on assured horthold tenancies (ASTs). A ban on Section 21 is seen within the industry as the biggest single threat to landlords’ livelihoods, potentially leading to horrendous problems if things go wrong with their tenancies. When 5 or 6 young people who have never lived away from home share one property, things do go wrong.

Former chair of the National Landlords Association and a student landlord herslef, Carolyn Uphill owns and runs three multi-occupied student houses in Manchester plus three private family lets. She has said that she is “gravely concerned” about the impact of changes to ASTs on student landlords:

“What that actually means is an end to the AST as we know it, where we can give a fixed-term tenancy for a fixed period. Currently, we can issue Section 21s to say it ends on a specific day, so you know you get the property back for the next students to come in.

“Students have specific academic years when they know where they want to live. The change could mean that you have to wait for the students to give notice of one month and then do all these handovers.

“In a university city like Manchester, easily 10,000 students can be on the move at the same time.

“It also doesn’t fit in with how students like to live their lives – they want to get their accommodation sorted before exam time. They look for their next-year accommodation over the winter period, then in April, May, June, during their exams period, they don’t need to worry about it.”

“I totally get that there is an argument that people with families want more security, but their needs are quite different to students and also to younger professionals who want flexibility,” Uphill says.

On top of all the regulatory upheavals uncertainty as to the affects of Brexit and the Coronavirus on the student letting market is causing even more anxiety for landlords.

Fewer students from within and outside Europe are likely to apply to study at UK universities in the wake of Brexit leading figures in the sector had warned, but so far this has not borne out in the statistics. Ucas applications from EU students to British universities rose by around 1 per cent since last year and the number of international applicants was up 8 per cent, some theorising that a weaker pound since the EU referendum could make Britain a more attractive place to study.

However, this last week teenagers around Britain had to decide whether to accept their university place through the UCAS admissions service when the Coronavirus crisis has made undergraduate courses much less appealing. The outcome is not yet clear.

Social distancing, “virtual freshers’ weeks”, “bubbles” of students who will live and study with the people on the same course, online lectures for the 2020-21 all make for a university experience that will be sub-optimal if not downright anti-social.

At the same time there will be no discounts to the typically £9,000 per year degree fees being charged by the universities. Foreign students, a cohort that most many universities have come to rely on heavily for their incomes, have been voicing their concerns about the new measures.

All of this will be of desperate concern to the universities and landlords alike, not least because of the British universities’ reliance (or over-reliance) on foreign students. Foreign students pay an economic rate which is much higher than their domestic counterparts, and it has been calculated that if just one-third of Asian students should fail to arrive, it would result in a loss of nearly half a billion pounds.

While the final outcome is uncertain, The University and College Union has estimated that the pandemic had reduced the likelihood of attendance by approximately 17 per cent. This would mean a £150 million loss of income for institutions and a worst case scenario of a universities’ £2.5bn ‘black hole’ costing the UK economy around £6bn and 60,000 lost jobs.

However, on a more optimistic note the Department of Education says its data from UCAS shows, and the Student Loans Company data suggests, deferrals are likely to be similar to previous years, so there may be nothing to worry about?

Young people may be banking on the Covid measures being only be temporary, and they will be weighing the alternatives. Foreign gap years are out and with jobs likely to be very hard to find, even temporary ones, study may be the best use of their time.

And if all this were not enough for the small-scale student landlord to cope with, there’s the march of the institutional landlord. As student housing has matured as an asset class, large scale investors have seen the steady income potential of developing purpose built university accommodation at scale.

But the types of businesses investing in the sector have also changed according to Savills Research. At first, pioneer developers held and operated their own rental stock but now sovereign wealth funds and private investors have begun buying more and more rental accommodation as their confidence has grown and their appetite for this alternative asset class continues.

Now, a growing variety of pension funds, institutions, and insurers are actively investing in student housing, bringing increasing competition into the market for the traditional small-scale student landlord. These institutions, many of which invest internationally, accounted for around half of all student housing investment by volume between 2011 and 2018.

Whatever the outcome of the next few months and years ahead, things are going to be tough for the traditional student landlord.