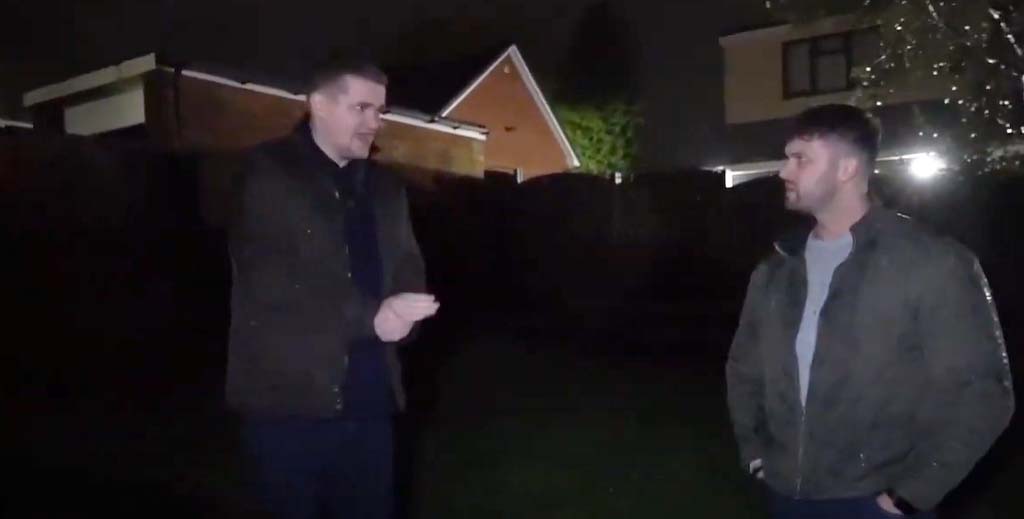 Property ‘guru’ Samuel Leeds has been slammed for posting irresponsible videos that show him creeping around back gardens in the dark and flouting social distancing rules.

Another YouTuber picks apart Leeds’ proposal for a potential development and attacks him for condoning property investment meet-ups during the pandemic.

Posted by Mark Howe – a member of the Facebook group, The Truth About Samuel Leeds and Those That Use Similar Methods – it calls out Leeds for his latest ‘financial freedom challenge’ which he’s been posting while his live coaching events are banned.

In the challenge, Leeds sets out to teach Lawton Hopwood (both pictured) how to become a property developer and claims they’ll add £100,000 in value by extending the back of a bungalow.

However, Howe says it appears that neither of them have any knowledge about site finding or property development.

He adds: “If Samuel Leeds and Lawton followed [this advice] they wouldn’t have had to waste time and effort sneaking around the property in the rain, at night, without permission, causing distress to the neighbours.

“They would also not have had to put their families in danger by increasing the risk of contracting Covid-19.”

Howe points out that the site was refused planning permission in 2018 and says the vendor is the same developer who bought the neighbouring bungalow before extending it. He asks: “Is he stupid? Or, having failed to get planning, is he smart [enough] to sell it on to a pair who think they’re property developers?”

He adds that the bungalow went under offer three weeks before the challenge was even filmed.

The video also shows Leeds and his wife embracing and shaking hands with Lawton. Says Howe: “We are still in the middle of a pandemic, yet Samuel Leeds and his associates think that it’s okay to ignore government advice intended to save lives and protect the NHS – all for a pointless challenge.”