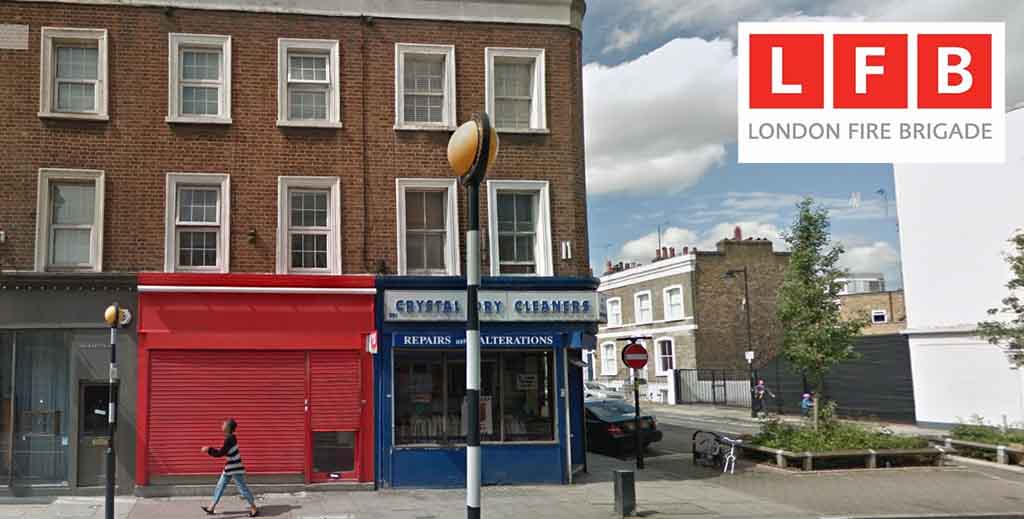 Tenants living above a takeaway were evacuated during a fire inspection as inspectors were so concerned about their welfare, a court heard.

London Fire Brigade has highlighted the case of landlord Mr Jin Zhang who was ordered to pay more than £20,000 for safety breaches in the flats he owned in New North Road, Islington (pictured).

The tenants on the first and second floors of the building could only escape via a single staircase to the takeaway, which had a metal shutter over the front when the shop was closed.

Inspectors visited the takeaway after concerns were raised by one of the tenants and then the council, particularly about the lack of a fire alarm system.

They found that fire doors had been removed on the ground floor, there was no emergency lighting and no fire alarm. The tenants were evacuated immediately and Zhang was later charged with six offences under the Regulatory Reform (Fire Safety) Order.

Assistant commissioner for fire safety Paul Jennings (pictured), says: “Although the shutter at the front of the restaurant was not locked at night, the residents would still have had to open it before being able to escape during a fire which is completely unacceptable and could easily have hindered their ability to get out quickly.

He adds: “There’s no excuse for leaving people’s safety to chance, especially when information is so readily available to those with responsibility for safety in buildings to understand what their duties are and ensure they comply with the law.”

City of London Magistrates Court fined Zhang £500 for each offence and ordered him to pay a victim surcharge of £50 and £17,335 in costs.