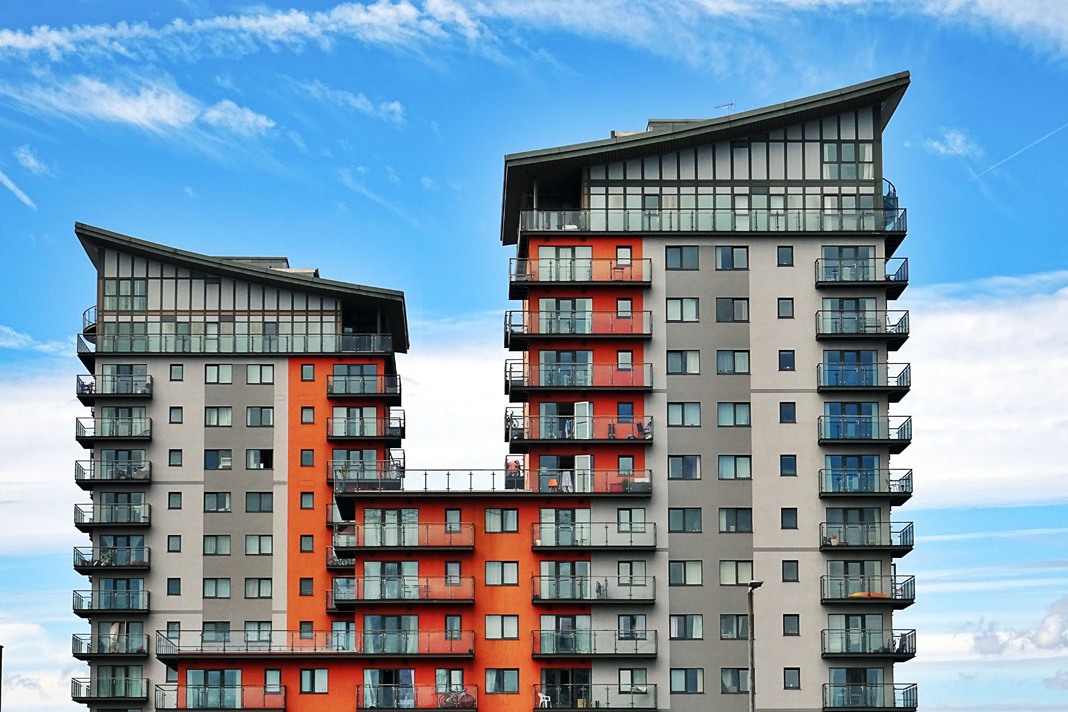 Data collected by BPF, the investment property owners association, shows that build-to-rent developments accounted of around 4% of all new homes completed last year, and in London that figure rose to 20% at the end of last year.

Institutional investors and developers have realised the growth opportunities now available from Britain’s housing shortage. The general lack of house purchase affordability creating an accelerating the demand for renting is leading to a BTR sector seen as a safe bet.

This growth is not just confined to London either. Across the UK record positive growth in these developments offers an acceleration in housing supply. Northern Ireland in particular is showing a significant increasing in BTR activity along with Scotland and most of the major cities like Manchester, Leeds, Birmingham and Bristol.

Institutional investors are now calculating that purpose-built and professionally managed flats, along the established American model, will in future provide a more reliable sector return than their traditional commercial property investments in shops and offices.

A record amount of cash flowed into the sector last year from banks, institutional property funds and other private finance investors. And the trend shows no sign of abating in 2022, with a continue lack of supply across the UK housing market.

According to the latest information by international property consultants CBRE, £4.1bn went into the UK’s BTR sector last year, with over half of that sum flowing in the final quarter of 2020. It indicates that the money stream is accelerating.

Most BTR developments are purpose-built blocks of flats which are professionally managed by residential specialist corporate landlords. They are typically aimed at young professionals expecting high end rentals, though some developments cater for families.

An established US model

The model is well established in the US and also across continental Europe where there has traditionally been a higher proportion of renting than has been to case in the UK, but that’s beginning to change.

Small-scale landlords still dominate the sector with a housing market estimated at 4.4 million privately rented households in England, one which has doubled over the last 20 years. The growth of BTR though, along with many other challenges, will now pose a considerable threat to the traditional small-scale buy-to-let landlord in certain locations.

The flow of new money rolling into the UK BTR sector is by no means confined to British institutions: according to The Financial Times (FT), US investors including private equity funds such as KKR, Goldman Sachs and property group Greystar, along with Australian investment bank Macquarie, and German real estate investor Patrizia are all keen to get involved.

On the British side, financial institutions including Legal & General insurance, the Lloyds Banking Group and retailer The John Lewis Partnership are diversifying into what they see as a long-term involvement with ambitions plans at scale.

Lloyds Bank has said it plans to expand aggressively, with internal documents revealing its intention to build a portfolio of 50,000 rental homes by 2030. If these plans are achieved that Lloyds could easily surpass one of Britain’s biggest corporate residential property investors, the FTSE 250 listed company, Grainger PLC.

The company has since been involved in large residential developments across the UK and abroad, and it specialised in ground rent and equity release reversions for some time, but of late has recognised the growth potential in buy-to-let style investments, which are now part of its long-term strategy under former banking executive, Helen Gordon. Ms Gordon says the company is “entering our next phase of dynamic growth” with a PRS development pipeline close to £1bn which would deliver almost 4,000 new homes.

“The UK private rented sector, particularly build-to-rent, remains a highly attractive sector to invest in. It proved resilient during the pandemic. Our strategy of investing in high quality, mid-market private rental homes in target cities across the UK, identified by our in-house research and aligned to sound responsible business and ESG values, remains the right strategy for Grainger, Ms Gordon says.

The BTL new investment trend it seems is not confined to the UK. In the US investors are also increasing their stakes in purpose-built rental developments. The Wall Street Journal reported this week that the ousted serviced offices WeWork co-founder, Adam Neumann, is using his cash pile to built majority stakes in thousands of US residential properties, estimated at over $1bn in value.

UK build-to-rent operators profess the benefits of professionally managed rental units with high environmental standards and facilities, but coming at premium rental costs. They claim that they have the advantage over small individual landlord managed lets, being able to offer a better rental experience compared to “unscrupulous independent landlords” where complaints are commonplace.

But this may not always pan out in practice when the premium costs are taken into account. By far the majority of small-scale landlords offer good housing at an affordable rental cost, and most have very satisfied tenants.