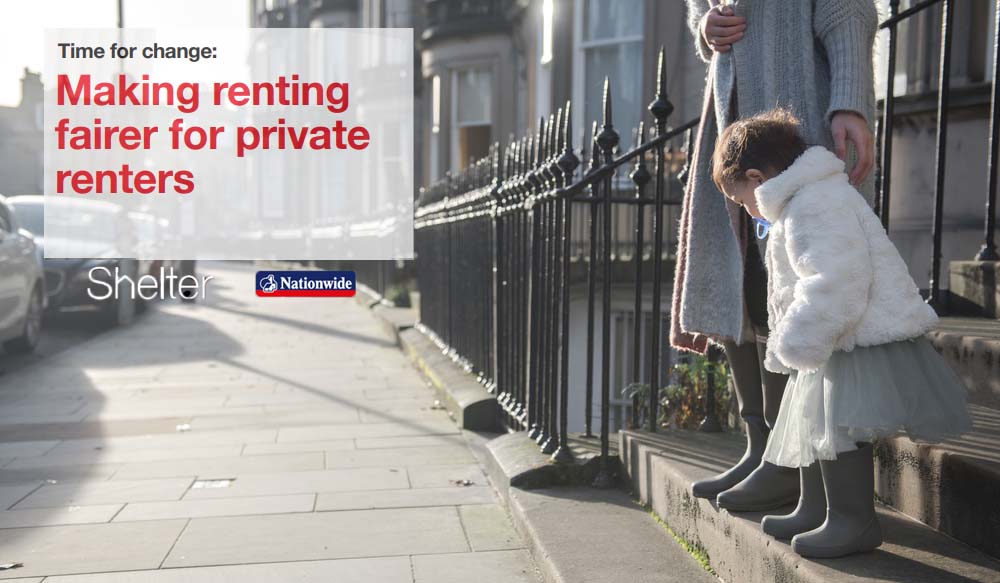 A joint report written by the Nationwide building society and Shelter has recommended a list of initiatives to reform the private rental market ahead of the government’s Renter’s Reform Bill early next year.

Called ‘Time for a change – Making Renting Fair’ it calls for a national landlord register which it claims 80% of tenants support, along with greater regulation of estate agents, an over-arching regulator for the property industry and better funding for councils’ housing enforcement.

It says the government’s contentious ‘Right to Rent’ immigration scheme should be abolished.

More predictably given Shelter’s involvement, the report also calls for Section 21 eviction notices to be abolished, and for tenants to given more power to enforce their rights.

Landlords and their properties are also criticised, including research that shows 9% of tenants have endured un-authorised access their to home by a landlord or letting agent.

Sean Hooker, Head of Redress at the Property Redress Scheme, who has contributed to the report, says: “While the current Covid crisis is the pressing need, the reform of the rented sector is directly linked to the current situation and the Government have an opportunity to build on the consensus across the political and sector spectrum to make meaningful change.

“But the report does not address court reform directly and I would like to see an emphasis on alternative dispute resolution, in particular mandatory redress for complaints against landlords and stronger pre-action protocols, especially mediation for possession and other end of tenancy disputes.”