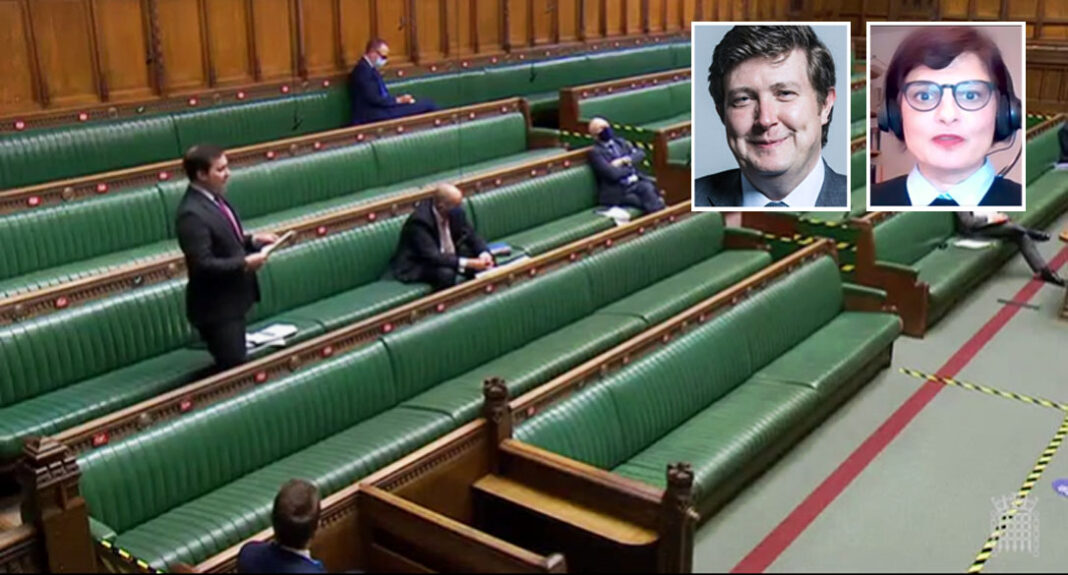 An Opposition Day Debate in parliament organised by Labour has highlighted the financial disaster facing many landlords who own properties within properties with dangerous cladding or suspected compliance problems.

The debate, which called on the government to take greater action to solve the ongoing crisis for a range of leaseholders in thousands of buildings across the UK following the Grenfell Tower disaster, was won by Labour by a margin of 263 votes after Conservative party whips instructed all its MPs to abstain from the vote, which is not binding on the government to implement.

This did not stop several Tory MPs from speaking passionately during the debate.

This included Andrew Lewer, MP for Northampton South (pictured, above), who sits on or chairs many of the key all-party leasehold, fire safety and rented sector parliamentary groups that have been examining the scandal.

“We are well aware of the impact that this crisis is having on the sector, including on buy-to-let landlords, who have been left trapped, as a result of EWS1 forms, with properties that are not safe, not sellable and not remortgageable.

“As an NRLA survey outlined last year, of the landlords who were required to carry out an EWS check on their property, 42% were unable to secure an EWS report, stagnating movement on their property.

“Although I recognise the good intentions of these checks, a lack of [engineer] availability is a problem, as Ministers are aware.

“Despite the Government’s hard work to rectify the outstanding issues, these forms continue to hamper the movement of property, squeezing a market already facing an uphill battle.”

External Wall System (EWS) forms are the paperwork required by leaseholders to sell or remortgage their homes if their property has cladding.

They are produced by a fire safety engineer and identify whether remedial work is needed on a tower.

During the debate Labour criticised Ministers for the ongoing lack of information about how many properties are affected by the cladding scandal; fund an urgent programme to make more of the properties involved safer; and for the cost to fall on freeholders, tax-payers or contractors, not leaseholders.