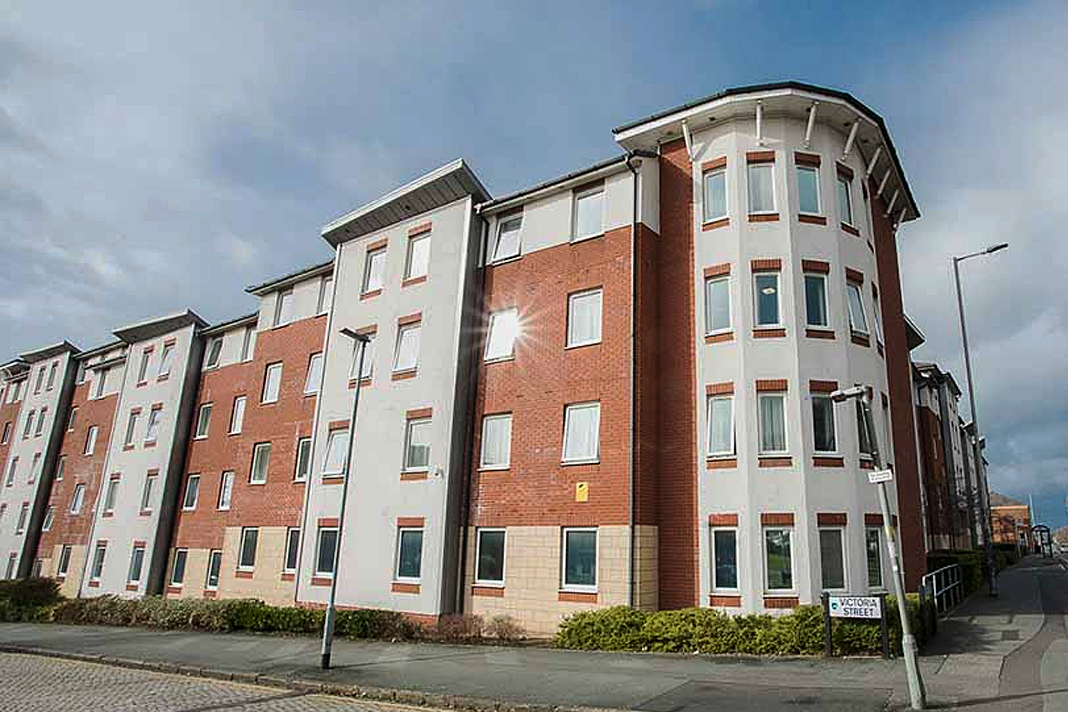 What is thought to be the first official rent strike within the student private rental market since the Coronavirus crisis began has been announced at two large properties in the centre of Preston.

A group of University of Central Lancashire (UCL) students living at private halls of residence in Preston have gone on rent strike.

The students, from Foundry Court in Brook Street (pictured) and Trinity Student Village in Great Shaw Street, are angry at being charged rent, despite not occupying their accommodation during the third term due to lockdown.

It follows protests at the Universities of Sussex and Warwick where hundreds signed up to withhold rent.

Third year UCL student Natasha Riaz says: “There is no possibility of me being able to return to my accommodation this term due to Government imposed lockdown rules, yet the landlords are charging £1,267.71 for a room that will have zero electricity consumption, zero water usage and zero use of the gas supply.”

In an email to Natasha, property managers Homes for Students said the decision to continue charging rent had been made by the owner of the building who had significant fixed costs to meet.

According to student housing charity Unipol, 80% of universities and 30% of private sector landlords have refunded or waived rents for students who’ve left accommodation early.

While the Government has again reiterated that it won’t be offering financial help to students, the National Union of Students (NUS) says the Scottish Government’s recent announcement is far more practical.

There, students currently tied into contracts in institution-owned halls of residence or privately-owned purpose-built student accommodation are now able to give seven days’ notice before ending their lease for Covid-19 related reasons.

An NUS survey found that while about a third of students in England are keen to be released early from their rental agreements, less than a tenth have been given that opportunity.