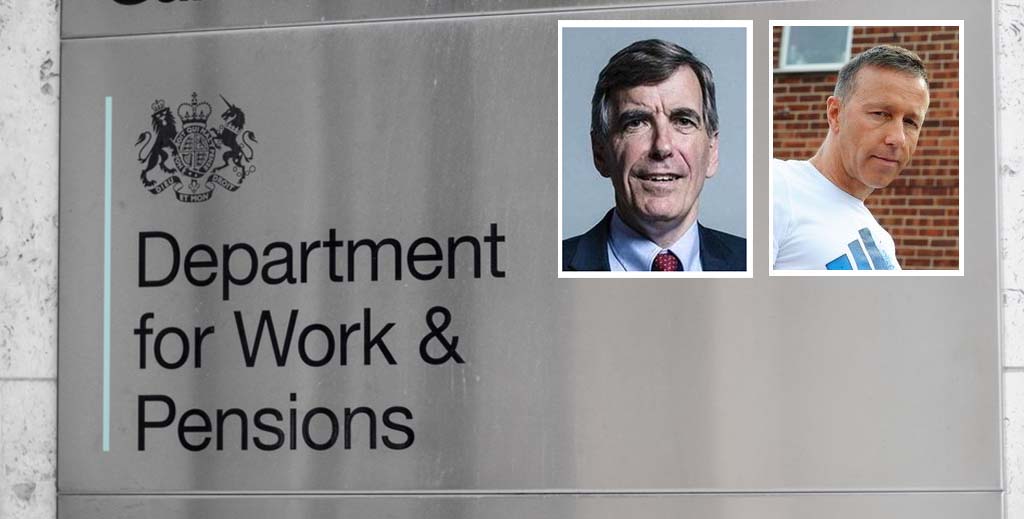 Nottingham-based Mick is hugely frustrated by the fact Third Party Deductions – taken from a tenant’s Universal Credit (UC) payment to cover rent arrears and prevent them from being evicted – is paid to landlords at completely different days and dates to the Housing Element which is paid at the same time as Universal Credit.

After being unable to get a straight answer as to why this was the case for the last two and a half years, he posed the question through his MP Alex Norris, who wrote to the DWP.

Mick has finally got a response from Minister for Welfare Delivery, David Rutley (main pic, left), who replied: “It is unclear why Mr Roberts believes that rent arrears are paid four-weekly…rent arrears are both calculated and subsequently paid monthly.”

Mick says his bank statements prove the actual payments are going into the bank every 28 days on a Thursday and not every calendar month.

“The current set-up means that it’s very hard to work out and apportion different payments to particular dates and help tenants or the landlord budget,” says Mick. “It’s confusing for everyone and is just an extra obstacle.”

He believes it would be much easier if the payments aligned. “A lot of landlords try to work the rent out the same day that the tenant’s Universal Credit is due. Wouldn’t the simplest thing in the world be for UC to deduct it and pay at the same time?” asks Mick, who adds: “Landlords are pulling their hair out at the daftness and lack of communication. Some will just decide to give up taking benefits tenants – I’m not taking on any more myself.”

Read more about Mick’s run-ins with the DWP.