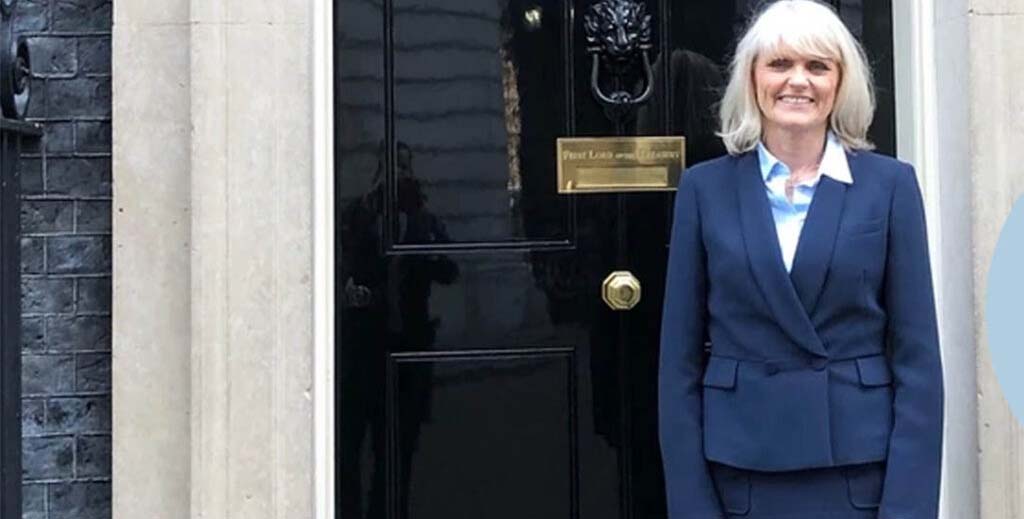 The comments have been made by The Lettings Industry Council (TLIC) in response to the government’s consultation on its proposed changes to the MEES rules, which ends on 30th December.

Its most controversial proposal is to raise the minimum EPC band to a C for all new and renewing tenancies from 2025 onwards, and all existing tenancies by 2028.

It also says the landlord spending cap should be raised from £5000 to £10,000, after estimating that it will cost £4,700 on average to upgrade rental properties to a band C rating.

“I understand and support the need to improve our carbon footprint but it seems that landlords will once again be footing the bill and we run the risk of more leaving the market, leading to a further reduction of stock,” says TLIC chair Theresa Wallace (pictured, above, outside No.10 Downing Street).

“I feel landlords need to be given time to recover from any financial hardship caused by Covid-19 before they are asked to make any further investment into their rental properties.”

The government’s other proposals include a compliance and exemptions database for England and Wales, increasing the maximum fine for non-compliance to £30,000 and forcing letting agents and property portals to ensure properties have the relevant EPC before being advertised.

Read the consultation in full.
Read more about the BEIS proposals.