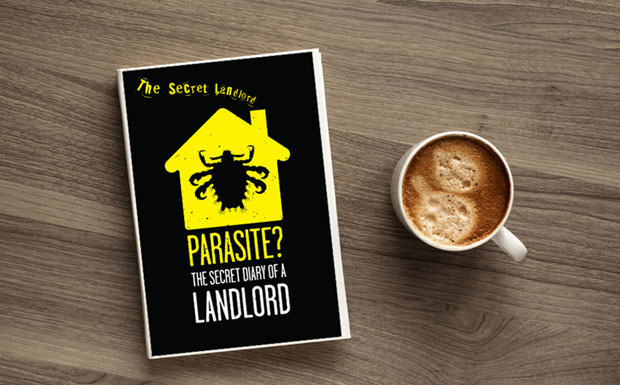 Being a landlord is both about heart-wrenching, bank account emptying lows and the joys of being your own boss, free from office huddles and long commutes, isn’t it?

But does this, along with the daily grind of property and tenant management really make for any more than an amusing blog or good pub anecdotes?

One landlord, who wants to remain anonymous under the alias The Secret Landlord, has decided to test the water on this front and has written a considerable tome called Parasite? The Secret Diary of a Landlord as an e-book to be published on Amazon next month.

She’s called ‘SL’ in the book and appears to have a long-suffering partner unimpressed by her 24/7 landlording hi jinks, and says she came to the industry via the ‘accidental’ route. And now she wants to tell her story.

A pre-publication review copy has made its way to the LandlordZONE offices.

To someone who has no experience of the private rental sector, the £4.99 book will be a shocking revelation as a cast of bailiffs, tenants, estate agents, council officers, squatters and police officers both light up and darken her doorways.

But to any landlord who has operated in the more budget end of the PRS, much of this book will be familiar.

The Secret Landlord endures selling a property at auction, dealing with dopey tenants (all of which are given colours rather than names, to avoid libel action), solving extreme and often disgusting property management issues, being ripped off by chancer tenants and fending off complaints about damp.

All in all, she has realised too late that being a professional landlord isn’t the lifestyle and financial nirvana the ‘property educator’ courses often promise.

The book is in a ‘daily diary’ format covering approximately a year, although in reality it’s several decades of drama boiled down to 12 months.

But it’s really a tale of lost innocence. She frequently comments that renting out homes has decimated her trust in the human race, helped her develop rhinocerically thick skin and slowly whittled away at her ability to give anyone favours.

“Before being a landlord I was a nice person and I trusted people but instead I now realise you can’t show any weakness,” she says.
It’s a sentiment most landlords will recognise.