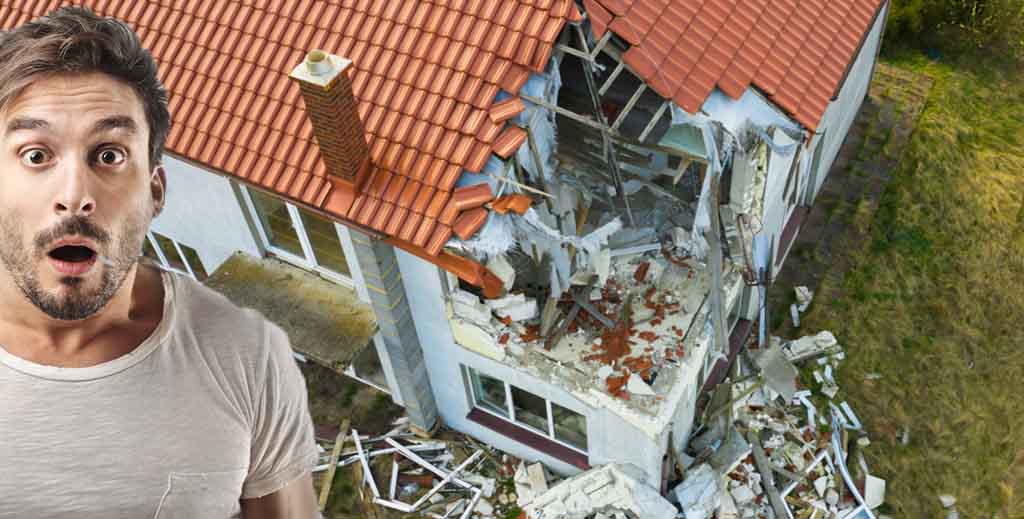 Not all insurance claims by landlords are for mundane items like damaged coffee tables or soiled carpets, a surprising new survey has revealed.

Total Landlord Insurance has trawled its recent pay-outs to reveal a clutch of jaw-dropping circumstances which led to landlords making claims ranging from £1,250 to several hundred thousand pounds.

The most expensive involved a WWII bomb found in Surrey last year that had to be detonated in situ and, despite attempts to mitigate the shockwave, lead to one landlord’s house being badly damaged structurally.
A pay-out of £204,000 ensued after the remedial work, and the cost of lost rent after the tenants had to move out, racked up.

The next most expensive was a rental property at which an engineer’s bodge job during a cooker renovation led to an explosion that cost £30,579 to repair, while the most bizarre was the £1,200 bill for a new front door after police had to batter it down to rescue a tenant lodged between their bath and a wall.

Other cases include a property flood that occurred when a woman washing items in her sink was lured away by the excitement of a Euros football match, only to return two hours later to find the rest of the flat, and her downstairs neighbours, flooded. It cost £10,870 to remedy.

“But just because a story is unusual, it doesn’t mean the damage caused is any less serious and disruptive.

“That’s why having insurance is so important – you never quite know what’s going to happen and failing to secure the correct cover can leave you severely out of pocket. Trust us, we’ve seen it all.”

Read more: the costliest landlord insurance claims ever made.