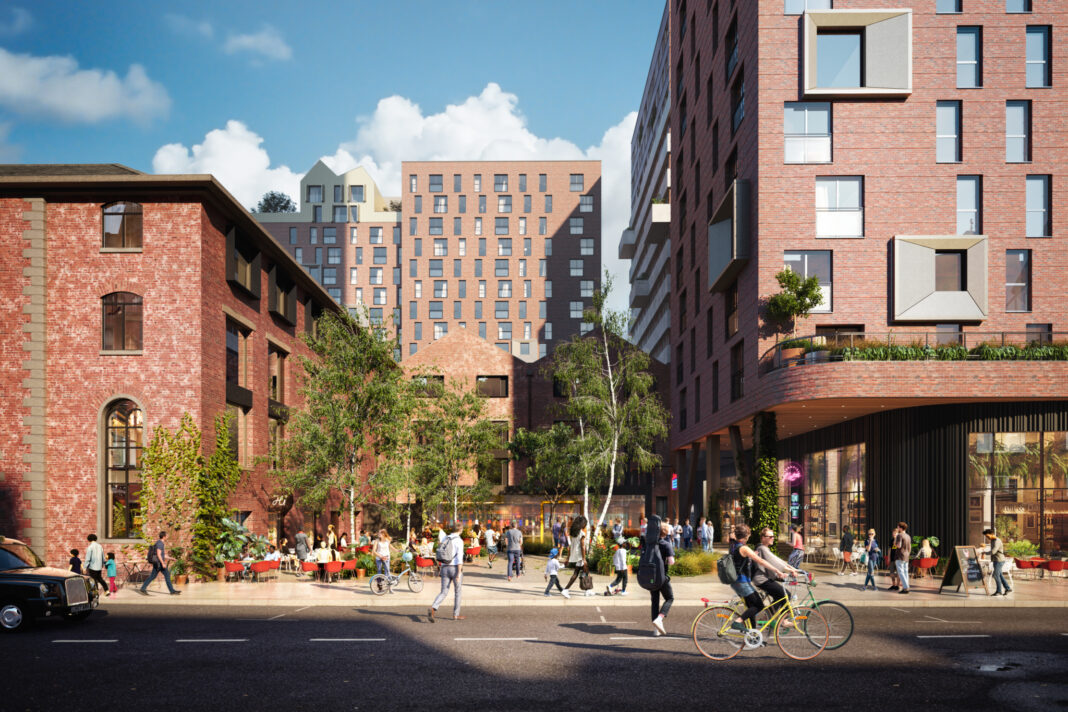 A nationwide shortage of housing stock has seen U.K. house prices rise at their fastest rate for 15 years, up 10% in the year to September that’s according to the building society, Nationwide. First-time buyers have struggled, with mortgage approvals for these buyers down 6% in the year to March, according to Savills.

Lockdown’s effects on work and home lives caused a mass migration of residents looking to move from cities to the suburbs, looking for more space to work in and with outdoor space as well.

Now, as renters drift back to the cities, along with students returning to universities, demand is such that even tenants are getting gazumped. Rental properties in some city locations are being snapped up in minutes, and prices soaring – the rental market’s seldom been so hot.

Build-to-rent is seen as one solution to this problem, a major issue for the Government. It’s a fast way to provide new rental housing on a mass scale both for city centre living and to satisfy the market’s newfound desire for suburban living, and strongly encouraged by Government.

According to one report build-to-rent investment has led to rapid growth in the number of planning applications submitted, with an increase of over 50% during the Covid pandemic. Tenants have been increasingly happy to move from smaller city centre accommodation to larger suburban homes, and this demand continues even as there is new demand for those city centre locations.

Build-to-rent institutional investors such as Lloyds bank, L&G and Goldman Sacks are committing to large investments in an industry they now see as providing perfect inflation-proof returns with strong dependable cash flow incomes.

The Lloyds Banking Group has published its strategy of branching out into rental housing provision with a plan to build 50,000 homes within the next ten years. That sort of growth could turn the bank into one of Britain’s largest residential landlords.

Goldman Sachs along with others in the build-to-rent drive such as The Legal & General Insurance Group are surging ahead with new investments as Britain’s limited amount of housing stock continues to spur on rental demand.

According property agents Savills, these financial investors could end up owning one-third of the nation’s rental housing stock as the currently ultra low interest rates enhance the appeal of these housing assets, assets that are able to generate rising income over many years to come, while maintaining and growing capital valuations.

“Similarly to banks like Lloyds, we’re looking at really long-term stable cash flows. Ultimately, we want income that we can match against pension fund liability and, in the U.K. rental market, over the long term, the rents go up by something similar to inflation.”

Batterton said that so far, financial institutional investors own only just over 1% of Britain’s rental housing stock.

William Chalmers CFO at Lloyds has said the institution plans to build 10,000 properties by the end of 2025 and sees the controversial move into the rental sector as complementing its existing housing market skills as well as it’s insurance business. Low interest rates are forcing all banks to consider alternative income sources as they continue to face pressure on their profits from their core lending activities.

Another bank, the Australian Macquarie Group, intends to invest £1 billion in the build-to-rent sector, teaming up with developers in a new vehicle, Goodstone Living, planning to build 1,000 build-to-rent homes in the north west of England.

Simon Hampton, real assets leader and partner at PwC has said there is “an enormous amount of capital” now chasing the residential housing market.

For these institutions build-to-rent could provide an ideal hedge for their mortgage books when over the long term mortgage applications are likely to fall as people cannot afford to get on the housing ladder. Other traditional property investments for these institutional investors such as offices and shopping centres now look too risky.

Some caution the banks however that key to their success lies in providing high quality housing in what is traditionally a market notorious for poor quality, and that there is considerable reputational risk involved with this abrupt change of direction.

Landlords must ‘up their game’ to compete with build-to-rent sector, says Foxtons