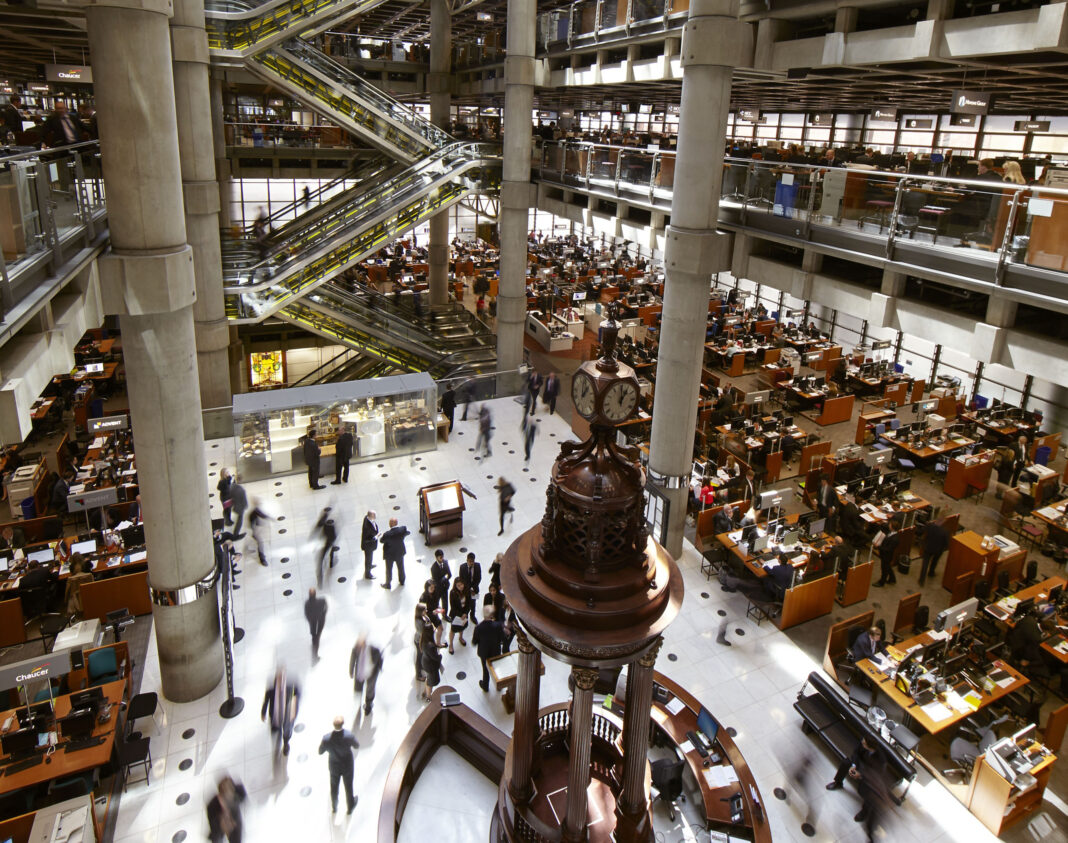 Lloyd’s of London one of the world’s biggest high-risk insurers occupies one of London’ s landmark tower buildings, affectionately known as the inside-out-building.

Lloyd’s has occupied the building for 36 years. Its lease will run out in 2031 but there is a break coming up in 2026 which would give the business an opportunity to move, to downsize floor space or change configuration in a new home, in the light of Covid.

Instead the company has indicated it wants to stay in the building. It seems it has now abandoned the idea of downsizing from this famous City of London tower and is already in talks with the owners to extend its stay.

The pandemic efficient switch to working from home (WFH), followed by a slow return of brokers to the central City office, has influenced the directors to re-consider any plans it may have had to exercise the break clause in 2026.

The company has confirmed to The Financial Times that it has decided face-to-face trading remains a key function of its insurance markets and it seems it still needs this amount of floor space to perform these operations.

Lloyd’s has also confirmed that it is in discussions the its landlord, Chinese insurer, Ping An, to extend its lease beyond 2031, according to the FT, “if the right terms are agreed”. Lloyd’s has said:

“Our preference is to stay in the building… We remain on course to confirm our plans later this year.”

Lloyd’s decision to stay probably comes as a relief to its landlord Ping An, which the FT says, last month instructed its architects, Rogers Stirk Harbour + Partners (RSHP) to come up with ideas as to what it should do with the building if Lloyds were to leave.

The near 300ft unique office high tower known as the “inside-out-building”, so named because facilities such as its lifts and pipework are visible on the outside, and the covering is predominately glass.

Designed by the late Lord Roger’s firm of architects, the building was bought by Commerzbank for £231 million in 2005 and Ping An paid £260 million for the tower in 2013.

Now it is planning to stay, Lloyd’s has said that it wanted to build “the marketplace of the future”, which means having an integrated digital offering, as well as a “thriving physical space for our market to convene”.

Another sign of recovery is the aims of the latest cohort of graduates moving into the employment market. Having endured enforced lockdowns, living with parents for extended periods and on-line tutoring, students want to enter physical spaces and workgroups.

Some students have gone through their whole courses doing remote learning and now they simply have one priority at their interviews: they want to learn about the world of work through meeting people, interacting physically and making friends at work.

Companies also want to see their new starters in the office, even when the company is perhaps already offering working flexibly for its staff, but this means that enough of the key staff need to be in the office to help with inducting, training and developing new staff.

In many industries it’s still an employees’ and graduates’ market – there’s a scrabble for talent from companies that want to employ the best. In the case of, for example, property agents JLL, the company intends to take 100 trainees in the UK operations this year, that’s twice as many as they took on last year, and other companies seem to be doing likewise.

The students coming back

Another effect of the relaxing restrictions and a return to normal, the giant student accommodation specialist landlord, Unite Group PLC, is looking to raise its student hall rents more that it had forecast, as more students plan to return to national university campuses.

The multi-site student accommodation provider says it is experiencing strong demand again from both domestic and foreign students for the 2022-2023 academic year and has already firmed up 90% of its room lets.

With a general relaxation in Covid restrictions, students are planning on returning to face-to-face lectures, and there will be less restrictions on international travel. The company is banking on an occupancy in the high 90s percentage level.

“We continue to make good progress with bookings, with reservations now ahead of pre-pandemic levels, demonstrating the strength of student demand.”

The company thinks it is well protected from a cost / price squeeze due to inflation, as it will be implementing annual re-pricing and cost hedging.