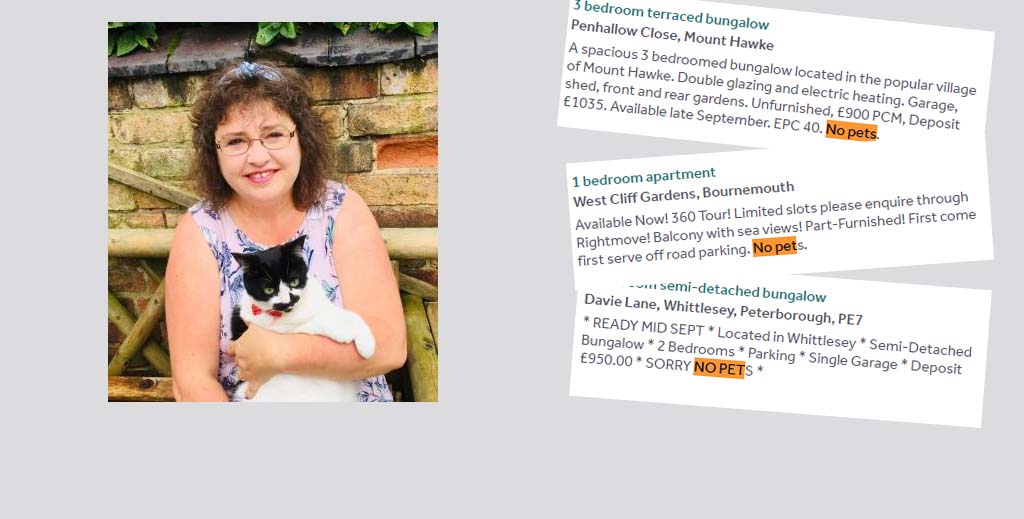 AdvoCATS founder and pets campaigner Jen Berezai sympathises with landlords who have been backed into a corner by the government’s Tenant Fees Act over accepting pets.

The charity is calling for the Act to be amended to allow landlords to either take additional deposits off tenants seeking to rent with pets or require tenants to take out extra insurance.

It has prompted a cross-party group of 35 MPs, peers and industry figures to write an open letter to housing secretary Robert Jenrick urging him to make it easier for landlords and agent to accept tenants with pets.

It now wants MPs to table a question in the debate on the Renters Reform Bill and is pushing for its proposal to be included in the White Paper.

Landlord Mick Roberts has voiced the frustration of many in the sector, saying that, in the past, landlords could just charge a higher deposit and those tenants who didn’t cause damage would get all their money back.

“There’s no better insurance than the tenants’ own money,” says Roberts, who adds that if landlords are forced to take tenants with pets, they have no choice but to increase rent across the board – even for those without pets.

Berezai says the modern tenancy agreement doesn’t cut it and agrees that landlords want to be able to cover potential damage – but their hands are tied.

She tells LandlordZONE: “Landlords currently haven’t got many options and we’re trying to provide them with some.”

Berezai started the charity in 2018 while working at a rescue shelter, after becoming frustrated at the number of people wanting to adopt pets but being refused permission by their landlord.

“Lockdown rammed it home to people who had never experienced loneliness or isolation just how valuable a pet is,” she adds.