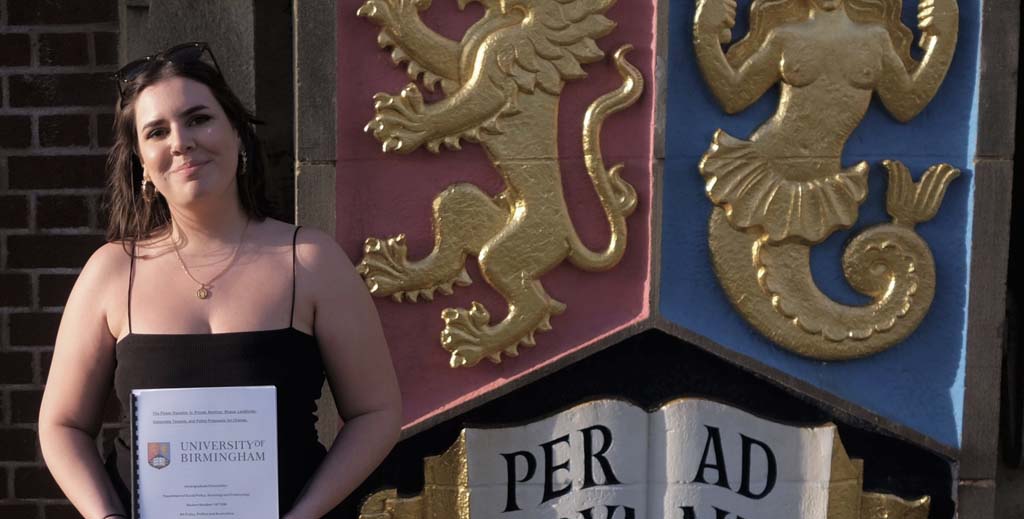 Students who won a rent repayment order against their rogue landlord are angry that they’re now having to pursue the money in the small claims court.

One of the tenants, Megan Cole, says they left the tribunal feeling overwhelmed and powerless, and has used the experience to write her dissertation, ‘The Power Dynamic in Renting: Rogue Landlords, Vulnerable Tenants and Policy Proposals for Change’, which has since caused a Twitter storm when she posted it online, with more than 117,000 likes in a few days.

After spending a year living in their shoddy and unlicensed HMO in Selly Oak, Birmingham, the eight students were awarded £35,000 by a tribunal.

But their landlord denied all responsibility for the house not being licensed as well as the poor conditions, which included leaky showers, broken boiler and ants’ nests.

After checking with Birmingham City Council, which told them of the landlord’s rogue status, the eight-bedroom property was deemed un-licensable due to its condition and was only suitable for five tenants.

Landlords can pay a rent repayment order in instalments but if they’re reluctant to pay at all, tenants can apply to the county court for permission to reclaim the money as a civil debt.

“We feel stuck in our situation, unsure of how to obtain the money we are entitled to and wary of forking out more money,” says Meghan.

“This anger and frustration fuelled my dissertation. Those suffering in poor quality housing and squalor shouldn’t require power and money to fix their situations. Ultimately, the nature of UK legislation means this is the case.”

Giles Peaker, housing lawyer at Anthony Gold, tells LandlordZONE that their situation is not uncommon. He says: “Plenty of people don’t pay and the court can’t order your bank to pay either.

“If it’s a rogue landlord company they’ll just fold that and it will reappear with a slightly different name, while it’s also more difficult with a rent-to-rent set up.”