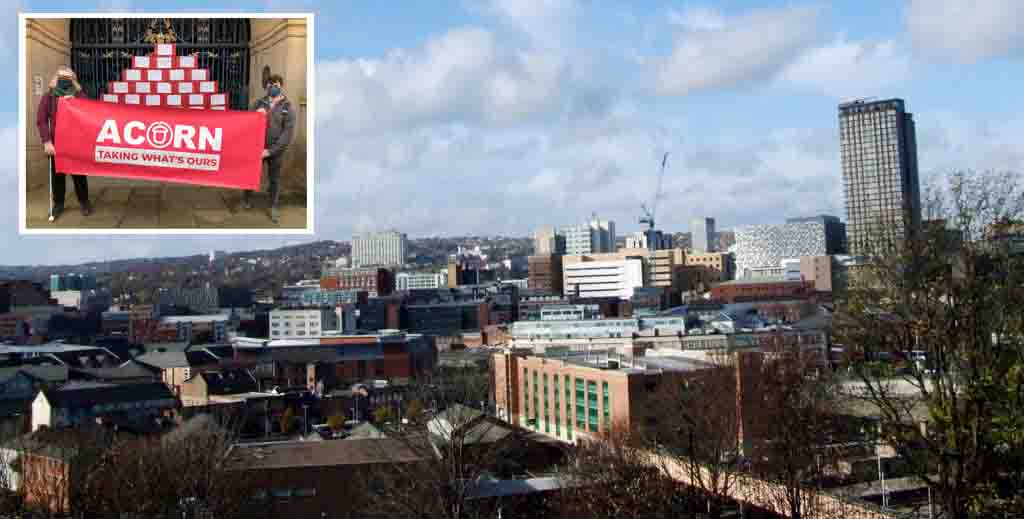 Sheffield council is to consider a city-wide selective licensing scheme, a move that has been hailed as a victory by fast-growing tenant advocacy organisation Acorn.

The campaign group has presented a list of 50 rogue landlords to council officers and also begun campaigning on the streets to highlight its calls for a city-wide scheme.

Like many other metropolitan areas around the UK, this would see all landlords required to register and licence their properties, usually for a fee of between £500 and £750 payable every five years.

The undertaking from the council was made by neighbourhoods and communities councillor Paul Wood following a question by an Acorn representative during the most recent full meeting of the council.

She said: “We believe this is a crisis that requires urgent action. We have seen landlords refusing to fix mould, not lodging deposits and executing revenge evictions. Acorn is calling on the council to introduce city-wide licensing for rental properties.”

Wood replied, saying that the council takes PRS landlords and the quality of their housing very seriously, and that his department had recently introduced a council-accredited landlord scheme and was about to invest heavily in enforcement after years of under-funding.

The promise by Sheffield to examine a city-wide scheme is an example of the growing influence of Acorn, which has expanded rapidly both geographically and in influence in recent years, moving from tackling individual cases of rogue landlord activity to wider policy-driven campaigning.

“After years of fighting for a crackdown on Sheffield’s rogue landlords, union power is finally getting big results from the council,” it said on Twitter.

Sheffield already has selective licensing in three areas of the city which were introduced in late 2018. Last year its landlords association was disbanded and became a district of the NRLA.

Predictably, Acorn make no mention of a recent survey of tenants in the UK published in January. It revealed that landlords in Sheffield were among some of the best in the UK.