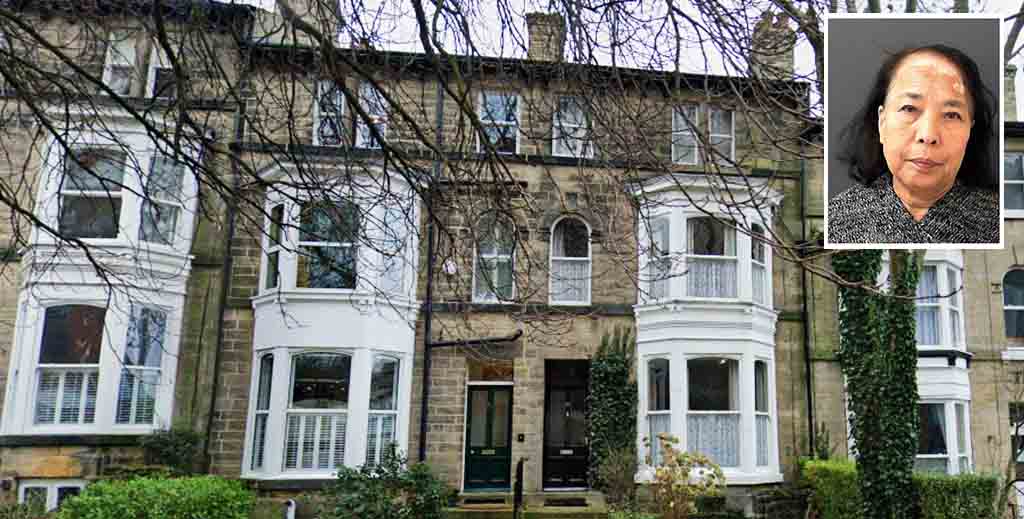 A commercial property owner has been jailed for three and a half years after she let a drug gang run a £500,000 cannabis factory in her three properties.

Pensioner Yoko Banks (pictured) admitted renting out the upmarket homes in Harrogate for the industrial production of cannabis with the expectation of making a significant profit.

The 73-year-old was sentenced at Leeds Crown Court alongside six members of the Albanian drug gang who were jailed for a combined 22 years.

Prosecutor Martin Bosomworth said the gang had invested tens of thousands into the three cannabis factories; they even dug a trench outside one to feed electricity cables to the house to power the cultivation system and bypass the electricity grid.

Their audacious plot unravelled when police were called to the five-bedroom villa on 26th September after reports of a disturbance in the street. Officers found 283 plants in the four growing rooms in the house, which was fitted with CCTV cameras, along with a large crossbow and arrows next to the front door.

Although Banks was not involved in the cultivation, she had played a “facilitating” or advisory role in the plot, the court was told.

Banks – who had previous convictions for health and safety offences – was due to be paid at least £12,000 a month in rent for the three properties and was also receiving “high” deposits.

Jailing Banks, the judge told her: “You were, at the time, in some financial difficulties which may explain why you were – a woman in your seventies, a widow with a number of health problems – prepared to get involved with a gang from London.

“You knew that by doing that you were bringing drugs and criminality to Harrogate, a town where you have lived and worked for many years.”