Home News Parking lark: Is this the future of renting in the UK’s increasingly... 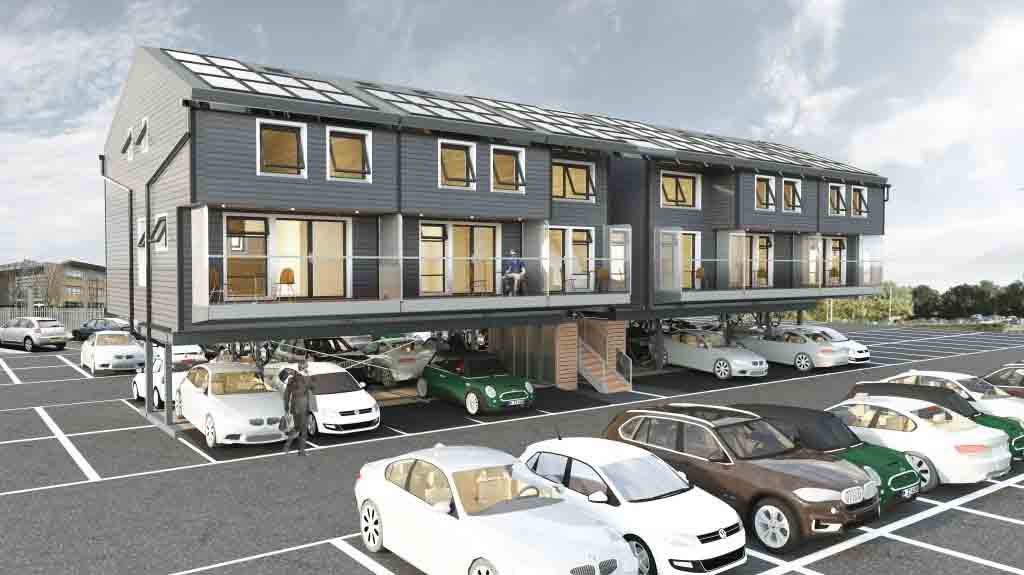 An unusual new housing development in Bristol is looking for ‘super tenants’ who’ll help to make others feel at home, both in their property and wider community.

The social housing project, being built on stilts above a car park in St George, consists of 11 ZEDpod apartments let and managed by Bristol Council – the first development of its kind in the city.

It aims to address Bristol’s housing crisis by providing housing specifically for young people and will act as transitional accommodation for tenants on low incomes or those making their first steps into independent living.

YMCA Bristol, one of several partners working on the project, is taking applications for four ‘community builders’ to move in when the site is ready in November.

These super tenants will be tasked with uniting residents and encouraging them to get involved in their community – although they won’t be paid and will still have to cover their own rent of £80 per week for a room in a two-bedroom flat.

Two two-bedroom homes have been set aside for the four chosen tenants, who will live there in pairs for a minimum of two years. The developer says they’ll act as a catalyst in bringing together all of the residents in the new apartments by encouraging them to get involved in wider community life in St George.

It adds: “Building homes is one thing, but building community takes people with vision and commitment to make it happen. We hope that this new approach can be replicated in other places in the city and around the country.”