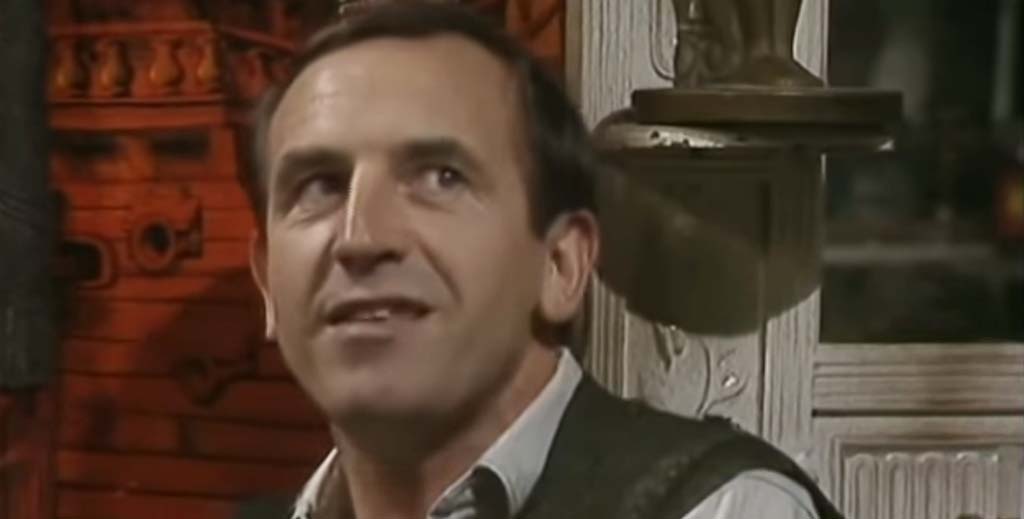 The creator of TV’s most famous landlord, the miserly and pompous Rigsby, has died.

Eric Chappell (pictured, below), who penned the classic sitcom Rising Damp, worked for the local electricity board in the East Midlands while trying unsuccessfully to become a published writer before his breakthrough play, The Banana Box, was picked up by Yorkshire Television.

The play was inspired by a newspaper article about a black man who stayed at a hotel for a year without paying after telling them he was a prince.

When it was turned into a sitcom (and later a film), the venue evolved from a hotel to a seedy run-down boarding house and the focus switched to the miserly landlord, originally played by Wilfrid Brambell.

The landlord’s name had to be changed to Rigsby from the original Rooksby after a landlord called Rooksby threatened legal action.

Chappell’s comedy challenged social attitudes of the time to become one of the great British sitcom classics with Leonard Rossiter as the landlord Rigsby, Don Warrington as Philip Smith, Frances de la Tour as the lusted-after Miss Jones, and Richard Beckinsale as the medical student Alan Moore.

Although Rossiter was notoriously difficult to work with and often dismissive of the scripts, he became a household name as the iconic Rupert Rigsby, in his holey cardigan, fantasising about past military glories and once believing that Miss Jones calling him a philistine was a compliment.

Rising Damp ran for four series in the 1970s, pipping Porridge, The Good Life and Rossiter’s other big hit, The Fall and Rise of Reginald Perrin, to the award for Best Sitcom at the 1978 Baftas.

Grantham-based Chappell went on to write a string of other hits, including Only When I Laugh, The Bounder, Duty Free and Home to Roost.

Rising Damp – how to deal with it