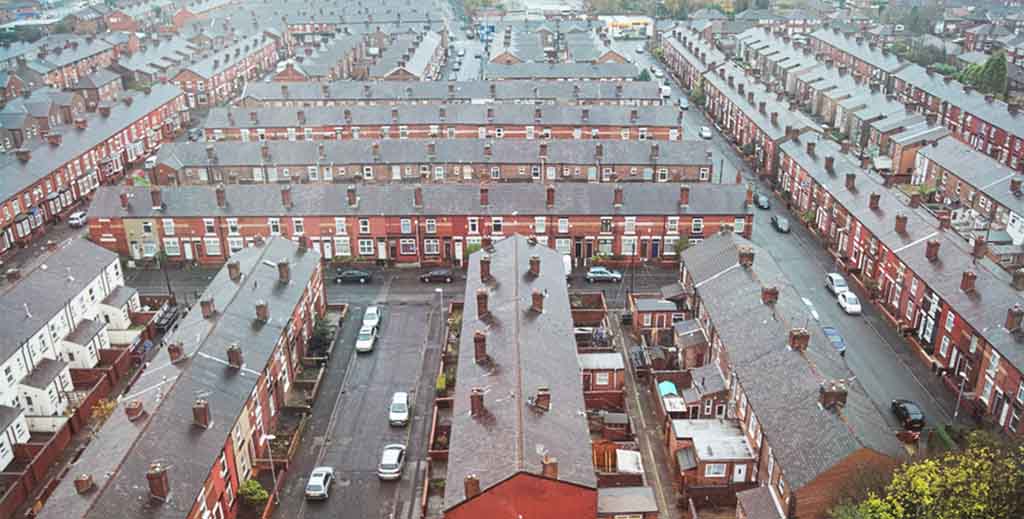 Landlords in Manchester have another chance to comment on plans for a bigger selective licensing scheme in the city after too few people responded to an earlier poll.

The plan – to cover more than 1,400 properties in Clayton and Openshaw, two areas of Gorton (pictured) and Abbey Hey and 430 homes in Harpurhey – was first suggested back in January but the council says lockdown and Covid regulations meant there wasn’t a chance to make an informed decision by the April deadline.

The new consultation will end on 29th August.

It has also flagged up another eight areas where it might consider schemes in future, including Claremont Rd/Great Western Street, Moss Side, and Royals, Longsight, which would cover another 1,031 properties.

The consultation process has been a real stop-start affair with different criteria suggested; last September the council announced plans for up to 12 parts of the city, with another eight more areas lined up.

But regardless of the areas covered, the National Residential Landlords Association has come out against selective licensing in the city as it believes the council should use its data to find landlords and target resources to best enforce current powers.

Selective licensing is already operating in Crumpsall, Old Moat, Moston and Rusholme, where 1,681 properties are licensed.

This has led to 403 homes targeted for follow-up inspections, 282 properties have seen improvement works carried out as a result, and 15 properties were given fines totalling £72,599.

Greater Manchester’s mayor Andy Burnham has vowed to come down hard on rogue landlords with plans to introduce a £1.5m Good Landlord Charter in partnership with the city’s 10 councils to support landlord licensing and drive up standards in the private rented sector.