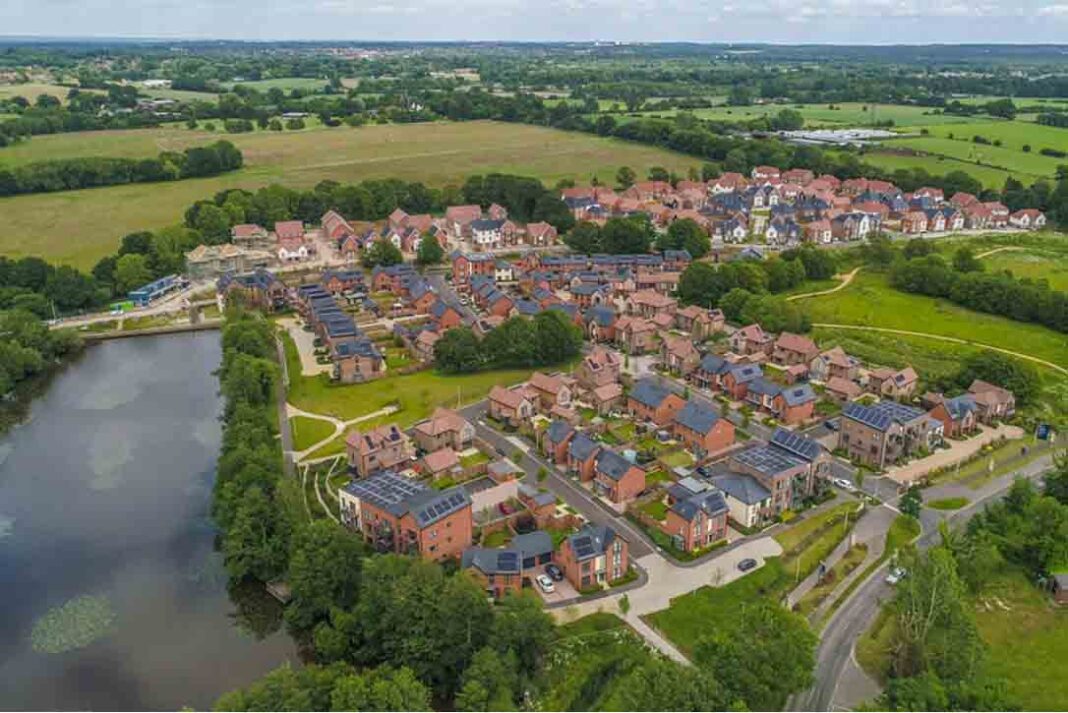 Renters have joined home buyers in the ‘space race’ by rushing to the suburbs where the number looking to rent is up on last year.

As tenants’ priorities change, Hamptons International reports that up-sizers have swapped smaller city centre flats for three-bed semis on the fringes of town.

According to its monthly lettings index for August, 34% of tenants moving home post-lockdown added at least one extra bedroom to their new property, up from 25% during the first three months of the year.

It also found that 25% of moves post-lockdown were from a flat to a house, up on 16% pre-lockdown.

All this upsizing means that these renters paid an average of 23% or £149 a month more in rent.

But rents country-wide fell for the fourth month in the last five. Average rents on newly let properties were 0.5% lower than the same period last year, driven by falls in London and the South.

Across the country, there were 11% fewer homes available to rent than in August 2019, says Hamptons, with northern regions recording some of the largest falls.

The North East saw the largest decline, with 45% fewer homes to rent than at the same time last year.

Hamptons’ head of research Aneisha Beveridge (right) says: “The number of homes coming up for rent is down on last year, partly due to landlord purchases being much slower to bounce back in comparison to the number of homes bought by first-time buyers and owner-occupiers.”

TAX RAID: This is Rishi’s expected CGT swoop on personal and LTD portfolios next week