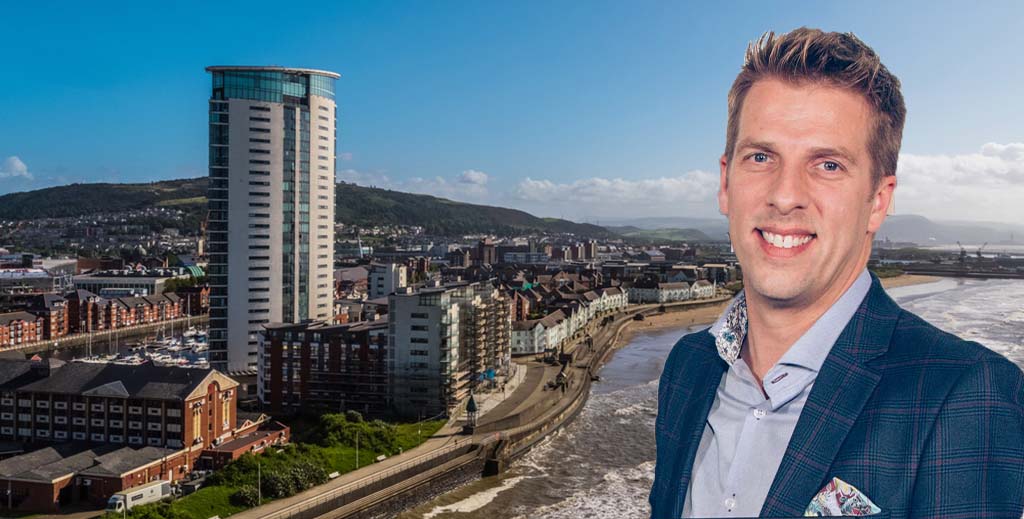 A leading letting agent in Wales has told LandlordZONE that the additional regulation of landlords in his country, which is due to tighten even further later this year, has not been the disaster that many predicted.

Since the end of November 2015 landlords and their properties have had to be registered and, if they self-manage a property in any way, licensed as well.

Soon landlords will face new measures being introduced on December 1st by the Welsh Government, including six-month notice periods prior to an eviction process starting; a whole new lexicon (e.g. ‘contract holders’ rather than ‘tenants’); and being prevented from enacting break clauses during the first 18 months of a tenancy.

But Ricky Purdy (main picture) of Swansea-based agency Dawsons Property says that despite this blitz of new regulation, and higher stamp duty for landlords, the biggest reason for his clients leaving the sector has been rising prices leading many to cash-in and the looming EPC upgrade challenges due in 2025 and 2028.

“I’m all for landlords in Wales deciding to sell their properties or downsize their portfolios if they think that’s the best outcome for them given the current – and the own – circumstances, but there’s a lot of scare-mongering headlines out there right now and it’s making them focus on worst-case scenarios,” he says.

“We try and work with our landlords to offer up solutions such as re-financing and/or restructuring their portfolios, in general focussing on the positives rather than getting rattled by the potential negatives.”

“I understand what the Welsh Government is trying to do with the new legislation,” says Purdy.

“It’s not a ‘levelling up’ thing in my mind but just the Government making renting fairer for tenants, and in return making it quicker and easier to evict the bad, bad, rogue tenants, as England is planning to do as well.

“The biggest headache for landlords and agents alike is the paperwork needed to transfer everything over to the new rules, but I also get that some landlords are frustrated that after December 1st tenants will be able to move around willy nilly, but landlords will have to wait six months or longer before they can ask a tenant move out.

“We’re in uncharted territory really. But I think landlords on both sides of the border are just going to have to accept these changes and get on with it and do the legwork to make it work – but I can understand it will persuade some of them to leave or slim down their exposure to the sector.”