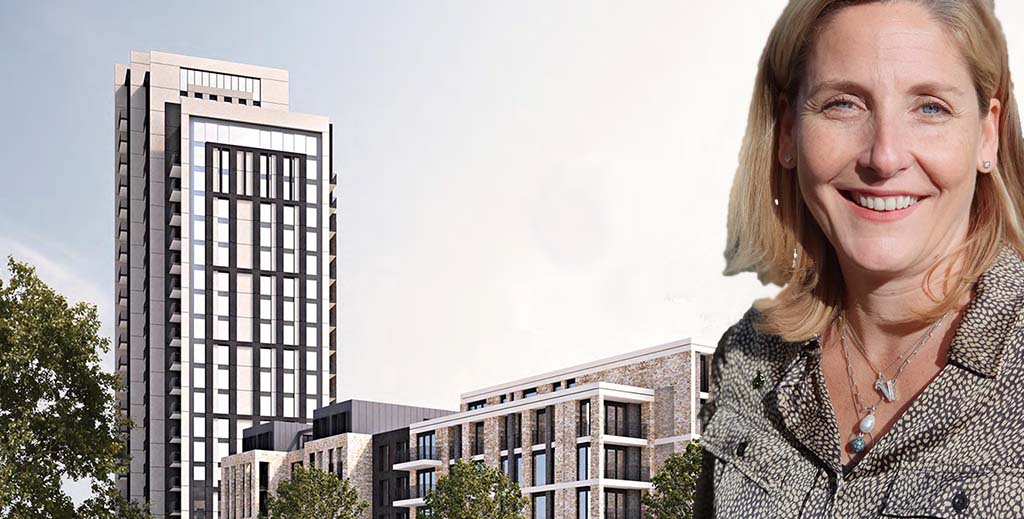 The CEO of a large US build-to-rent (BTR) company with nine sites underway in the UK says private landlords should not fear the sector being ‘professionalised’ and that a key aim of BTR firms like hers is to stop renting being considered ‘second-class’ accommodation.

Victorian Quinlan (main pic), who heads up the UK operation of Atlanta-based Cortland, has been tasked with growing its business here which, so far, includes nine developments as far south as Reading and London but as far north as Durham, Liverpool and Manchester.

Many private landlords suspect that BTR, including companies like Cortland, are another tool of the Government to reduce the dominance of the small private landlord within the private rented sector, along with additional taxation and extra regulation.

But Quinlan is adamant that this is not the case, when LandordZONE put this point to her.

“I think that BTR offers another ‘product’ to the market and therefore more choice for renters,” she says.

“Until companies like ours began building developments in the UK, renters had limited access to the kind of amenities that ours offer such as 24-7 concierge, gyms, cinema rooms and so on – something that some tenants want and are prepared to pay extra for, although the price differential isn’t as wide as many believe.

“BTR enables the consumer to decide where they want to put their rent and that can only be a good thing, rather than people not having a choice and being considered second class citizens if they rent.”

Quinlan also believes companies like hers will help alleviate the housing crisis that seems to be almost continually looming over the UK.

“Part of the problem here is that the UK has limited land available and a difficult planning process – this means that, when the sales market slows down, builders cut back on building homes to restrict supply and keep prices stable, but they don’t build more rental homes at the same time – and BTR is now doing that job.”

But the sector often slides into what can appear as ‘landlord bashing’ when it tries to separate its homes from the general private rented sector.

For example, Quinlan says she wants to see the PRS made ‘more professional’, while her counterpart at Grainger, Helen Gordon, recently slammed landlords for putting tenants in fear of eviction.