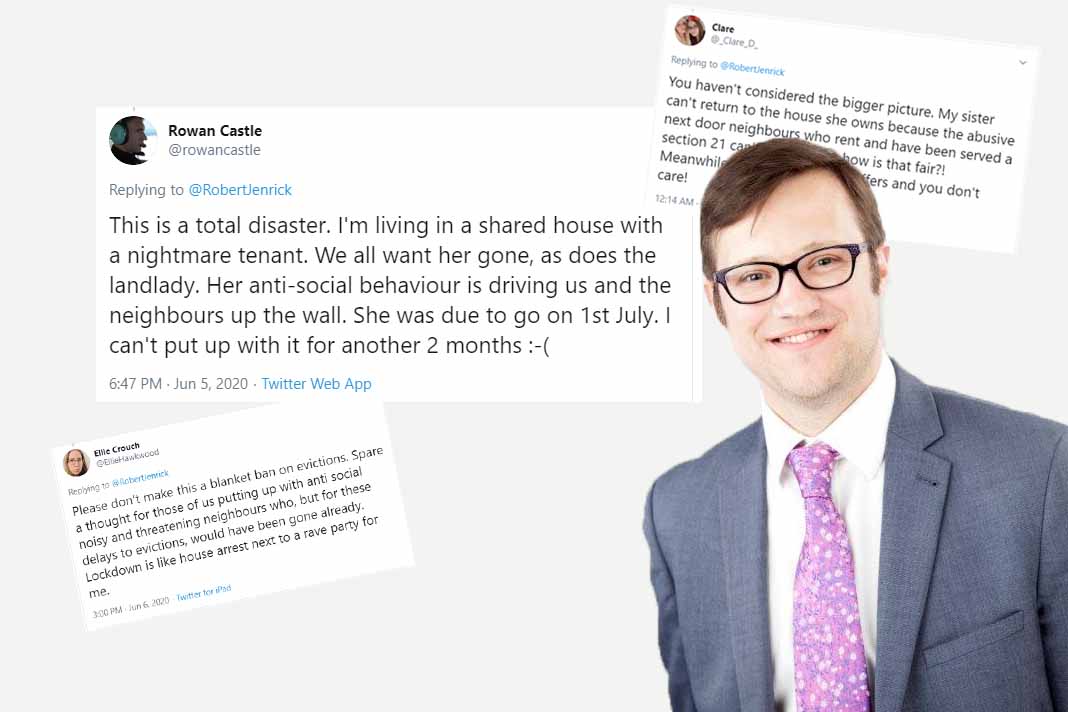 On June 5th the government announced that the evictions ban is to be extended by two months to August 25th, although in practice this means many evictions will take until November to complete.

But the extension renders landlords powerless to evict tenants committing domestic abuse or disrupting the lives of fellow tenants and neighbours, the NRLA has claimed.

It is backing up its claims with recent research from the University of Bristol, which found that 38 per cent of victims of domestic abuse live in private rented housing, and that charity the Domestic Violence Helpline says it has seen a 66% increase in calls during the lockdown.

In cases of domestic violence, landlords will often end the tenancy agreement and offer a fresh one, for the same property, to the victim independent of the abuser.

“Extending the evictions ban is not without victims. It leaves landlords powerless to tackle the kind of behaviour that causes untold suffering and hardship for many communities and tenants alike,” says NRLA Chief Executive Ben Beadle.

“These cases must be given top priority by the courts and their processes enhanced to avoid further delay once they start to deal with possession cases.”

Beadle has also called for the courts to deal urgently and swiftly with cases concerning anti-social behaviour and domestic violence when they are allowed to begin to hear repossession cases.