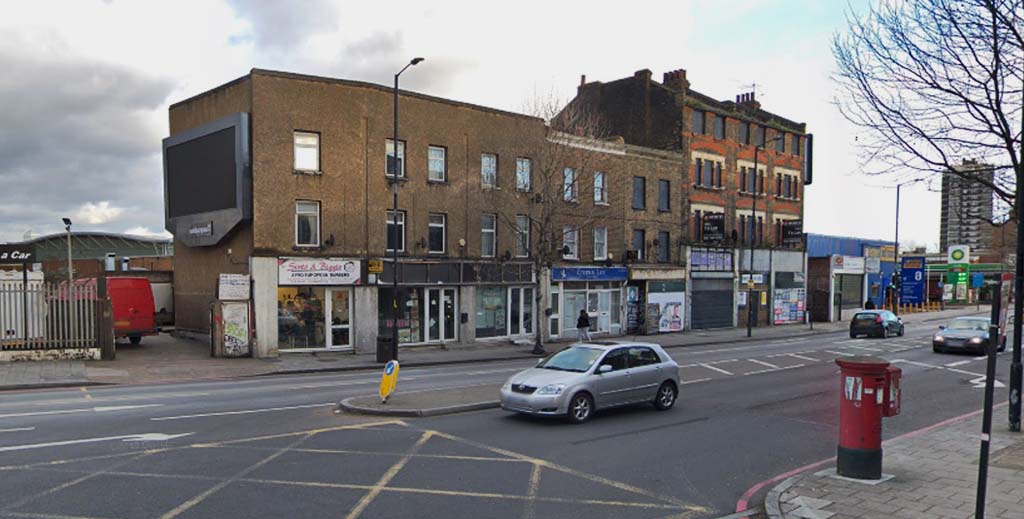 A rogue landlord who let a flat that was too small for one person to at least eight tenants has been ordered to pay back £259,475 in rent.

Shafait Ali, 51, from Deptford, admitted illegally converting a building in the Old Kent Road (pictured) designated for office or light industrial use into five grossly undersized flats which he then rented to families.

Southwark Council officers found at least eight people in one of the flats that was two metres below the minimum size for a one-bedroom flat. They were living in three bedrooms – one without windows – each with at least two bunk beds.

Some of the bedrooms didn’t have heating, while there weren’t proper fire escapes, alarms or smoke detectors and some bathrooms had no ventilation.

And some exit routes were through kitchens, while electrical sockets were found in bathrooms. Council officers said they were so poorly constructed they would never have been granted planning permission.

Ali charged tenants £259,475 in rent, which he now has to pay back along with more than £23,000 in a fine and costs, otherwise he faces two and half years in prison.

At his sentencing hearing at Inner London Crown Court he was also ordered to stop using the building as a residential property and remove the conversion materials.

Councillor Johnson Situ (pictured), cabinet member for climate emergency, planning, and transport says it is deeply shocking that families were cramped into properties not even big enough for one or two people.

He adds: “This is a great result and another success for our planning and trading standards teams, whose joint efforts have amounted to nearly £1.5 million in confiscation orders issued to landlords renting out illegally converted properties in Southwark since 2019.”

LATEST: Landord to pay £230,000 after ‘squashing’ unauthorised flat into building

TECH: How a high-res ‘spy in the sky’ is helping spot rogue landlords