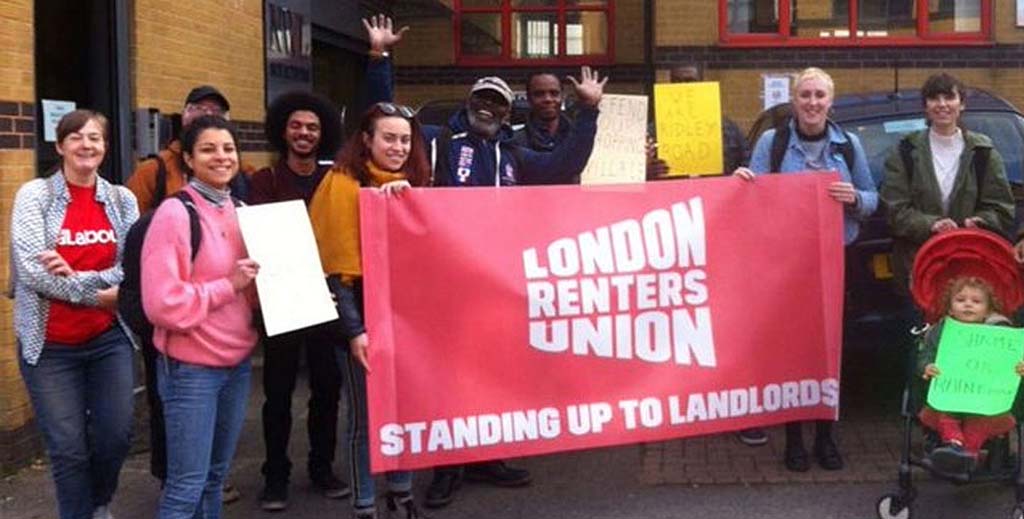 Many landlords may not be sympathetic, but the London Renters’ Union says the Police, Crime, Sentencing and Courts Bill making its way through parliament will criminalise its protests.

The pressure group, which regularly pickets landlords and estate agents to fight for tenants’ rights, fears the bill – with its aim of beefing up police powers to crack down on protests – will affect its ability to stage actions when lockdown restrictions ease and encourage what it believes is police bias towards landlords.

The flagship crime legislation, currently being debated in the Commons, would give police forces more powers to tackle significantly disruptive ‘non-violent’ protests and in particular Extinction Rebellion-style civil disobedience.

Stop and search powers could also be expanded if plans for serious violence reduction orders get the go-ahead.

London Renters’ Union says the bill effectively criminalises protest. A spokesman explains: “Our movement has always been based on our ability to use public protest as a way of putting public pressure on landlords and estate agents.

“We also use peaceful protest as a way of stopping evictions and keeping members in their homes. Over the past year, we have seen police intervene on the side of landlords, actively facilitating illegal evictions.

“With increased powers to stop protest, our ability to take action to support our members is under threat.”

Instead, it’s demanding that the National Police Chiefs Council adopts a new Charter for Freedom of Assembly Rights.

This includes an end to treating direct action and civil disobedience as an excuse to shut down protests completely and an end to routine surveillance of protesters and excessive use of force and the targeting of organisers for arrest, surveillance and punishment.

The union is also encouraging supporters to sign an online petition against the new laws, which already has more than 165,000 signatures.

Read more about the Police, Crime, Sentencing and Courts Bill