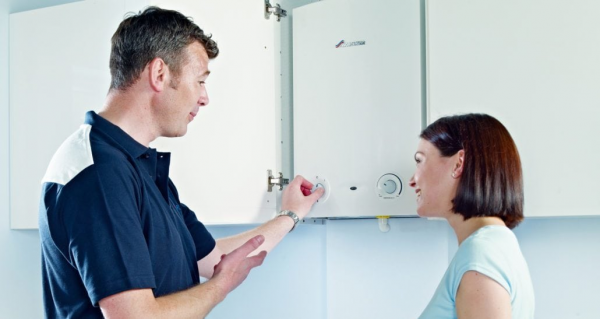 In response to the rising impact of greenhouse gas emissions, the Chancellor recently announced a ban on gas boilers in new build homes from 2025. Gas boilers are commonplace in many homes throughout the UK, with 85% of homes in the UK having access to mainline gas.

As the government aims to reduce our dependency on fossil fuels and switch to renewable energy sources, gas and oil boilers used to provide hot water and heating to our homes are in the firing line.

Current government targets are to reduce greenhouse gas emissions by 80% by 2025. At the moment, 14% of these emissions come from households so this ban could go a long way to help the UK reach its targets.

How will this ban impact landlords?

Existing properties won’t be affected by this ban, so landlords won’t have to replace gas boilers in their current homes. However, any property developer or landlord planning to build new homes after 2025 will have to find alternative renewable energy sources.

Renewable energy heating and hot water installations generally cost more up-front so this will lead to higher building costs. Developers will then pass these higher costs on to buy-to-let landlords, and the landlord could, in turn, pass these costs on to tenants.

However, with renewable energy heating systems offering free energy, this cost could easily be absorbed by the removal of certain utility bills.

Could this be a positive thing?

While higher costs aren’t something that any landlord or developer wants to hear about, renewable energy heating could be beneficial in the long-term.

Renewable heating is also a positive selling point for attracting new tenants. With no energy costs, there is justification for increasing monthly rental value.

What types of renewable heating systems are available?

This type of heating system will cost around £9,000 to £13,000 to install. It works by capturing heat from the air outside for space heating (air-to-air heat pump). They can also be used for heating water (air-to-water heat pump). In the summer the system can be reversed to take the hot air outside and keep the inside cool.

A ground source heat pump takes heat from deep underground and transfers this to a hot water cylinder in your home. A network of pipes buried underground circulates a mixture of anti-freeze and water. The heat from the ground is absorbed in the liquid and then passes into a heat exchanger. This heat can be used for central heating, underfloor heating or hot water. This type of system will cost around £10,000 to £18,000 to install.

Solar panels can be installed on the roof of a house where they absorb heat from the sun. They can be used to heat water in your home which can then be used for central heating or the domestic water supply. It will cost around £3,000 to £5,000 to install solar panels.

When making plans for the future, buy-to-let landlords will have to consider the cost-benefit analysis for each heating system. While the electric boiler is cheaper, this isn’t truly renewable without the addition of a solar panel system.

Air source heat pumps and ground source heat pumps might be the most expensive options, but tenants might soon expect this as standard from modern, high-value developments. Some tenants may be willing to pay a premium in order to reduce their reliance on fossil fuels and to effectively eliminate their energy costs.

This post has been brought to you from YourRepair. Offering specialist boiler & central heating cover, for landlords.