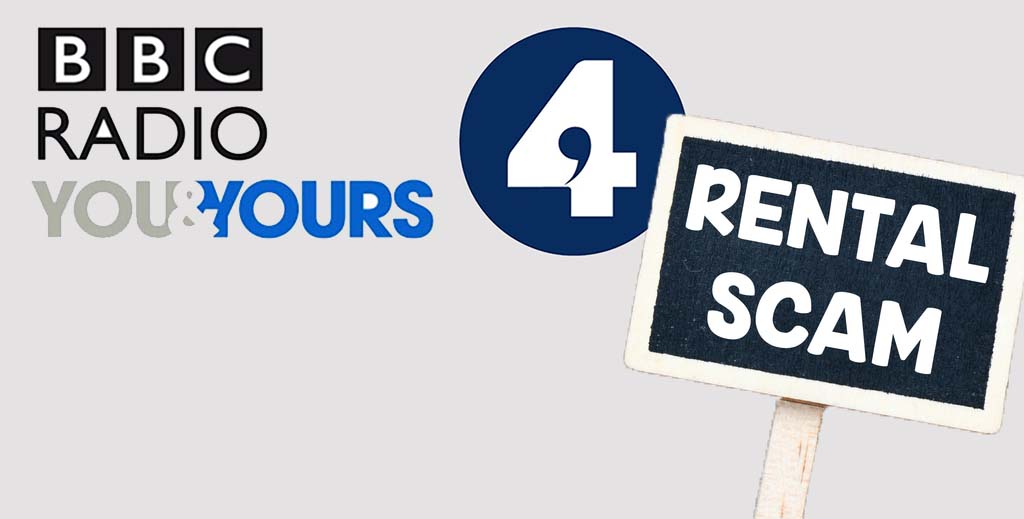 The BBC Radio 4 consumer affairs show You and Yours says 4,800 rental scams were reported by the public this year worth a total of £7 million.

Its presenter Sam Fenwick (pictured) said the programme’s researchers found that rental scams within the private rented sector are a growing problem, aided by the rise of classified platforms such as Facebook Marketplace and Gumtree but also the super-hot rental market in many areas of the UK.

Increasingly, it has become easy for scammers to pinch photos off sites such as Rightmove and Zoopla and upload them to public classified ad portals. They then scam desperate renters by offering to ‘drop the keys off’ after the deposit is paid, but then disappear.

Fenwick also said the rise of Airbnb has facilitated these scams – fraudsters can rent properties, take pictures and even conduct viewings at the properties before taking a deposit and the first month’s rent but then disappearing.

The programme also referenced a story LandlordZONE reported on last month in which an Edinburgh student was scammed of a £2,300 deposit in this way.

Facebook has released a statement saying it is investing people and technology to remove these kinds of ads from their Marketplace platform and is urging landlords and tenants who think ads look suspicious or turn out to be fraudulent to report them to the police.

Gumtree recently told LandlordZONE that it takes all allegations of fraud extremely seriously and that it requires property ads on the site to comply with government regulations for property advertising.

Listen to the show on catch-up.