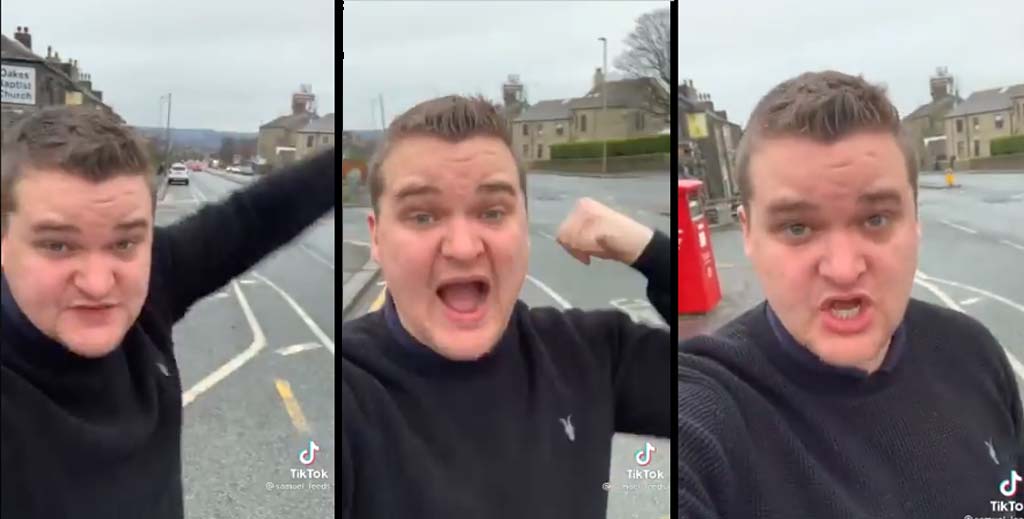 Property ‘guru’ Samuel Leeds has gained hundreds of new critics thanks to his Northern exploitation video that’s been posted on Twitter and now been viewed over 500,000 times.

Filmed in Huddersfield, the TikTok video extols the virtues of ‘buying low, renting high’, particularly in the north of England where Leeds brags of great returns.

He adds: “You want to buy properties in cheap areas, you want to rent them high and you want to have systems in place and property managers that can make it passive income so that you can have financial freedom. That’s called property investing the smart way.”

The video has now been re-tweeted 876 times and has had more than 5,650 likes – although these are overwhelmingly a ‘like’ for Bastani’s view rather than Leeds’s.

One detractor comments: “Well done in helping the government increase homelessness in the most deprived areas. There’s so many struggling to get on the property ladder or get into social housing but there’s just not the help or accommodation to help that many in need, because of this greed.”

Another adds: “These are the kind of people who will say poor people simply haven’t worked hard enough to better their means while exploiting them for ‘passive income’.”

Leeds did offer to have a video debate with Bastani about his comments, but it doesn’t appear to have been taken up.

Danny Butcher: MP calls for servicemen to be warned over ‘get rich quick’ property schemes