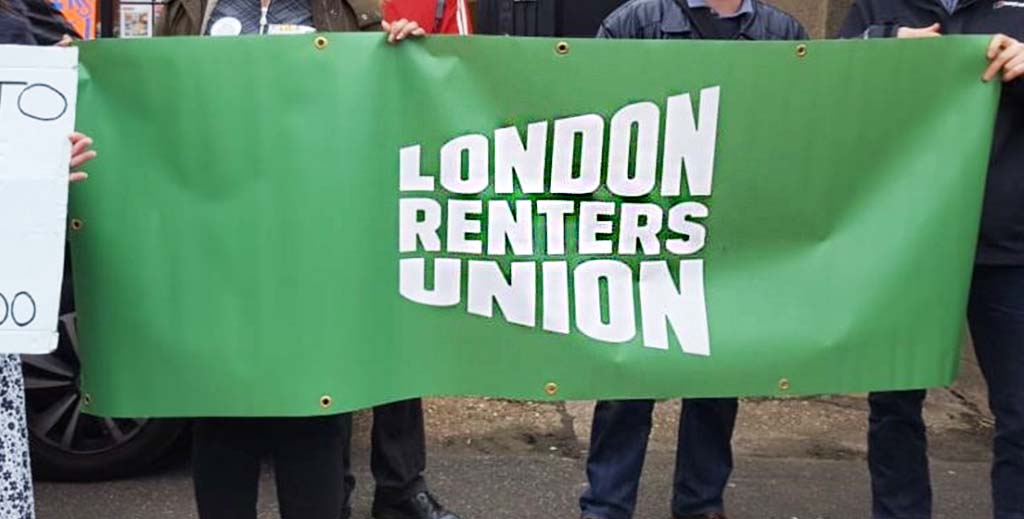 As Labour celebrates taking control of Wandsworth, Westminster and Barnet in the local elections, the union credits its campaigning might for getting Brent, Tower Hamlets, Haringey, Newham, Hackney and Lewisham to promise greater landlord regulation, expanded landlord licensing and hire more enforcement officers.

They have also all vowed to campaign for rent controls, reduce attempts to move people out of the borough and to reduce their use of ‘intentional homelessness’ decisions.

London Renters Union launched its #SideWithRenters campaign in March and says: “Because of the way we’ve been building power, the main parties across six boroughs have committed to implement our demands.”

It adds: “After a rest, we’ll get on with the hard work of holding politicians to the promises they’ve made.”

Other campaigning groups – Generation Rent and the Renters Reform Coalition – are also keeping up the pressure and this week handed a letter into 10 Downing Street urging Boris Johnson to end unfair evictions by announcing the Renters’ Reform Bill as part of next Tuesday’s Queen’s Speech.

It says private landlords are getting away with renting out poor quality homes that can make people ill, and that even when it’s serious enough for the council to get involved, most tenants still don’t get the protection they need.

Generation Rent adds: “Getting rid of Section 21 evictions entirely and requiring landlords to provide legitimate grounds for eviction will give tenants more confidence to demand improvements. Unless the Queen’s Speech contains measures to reform the rental market, the government will fail in its mission to level up housing.”

These groups don’t always get their way – as we reported in LandlordZONE last month, tenants’ rights group Acorn was taken to court by a landlord it harrassed in Sheffield and it must now pay £100,000 to her after she won her case.