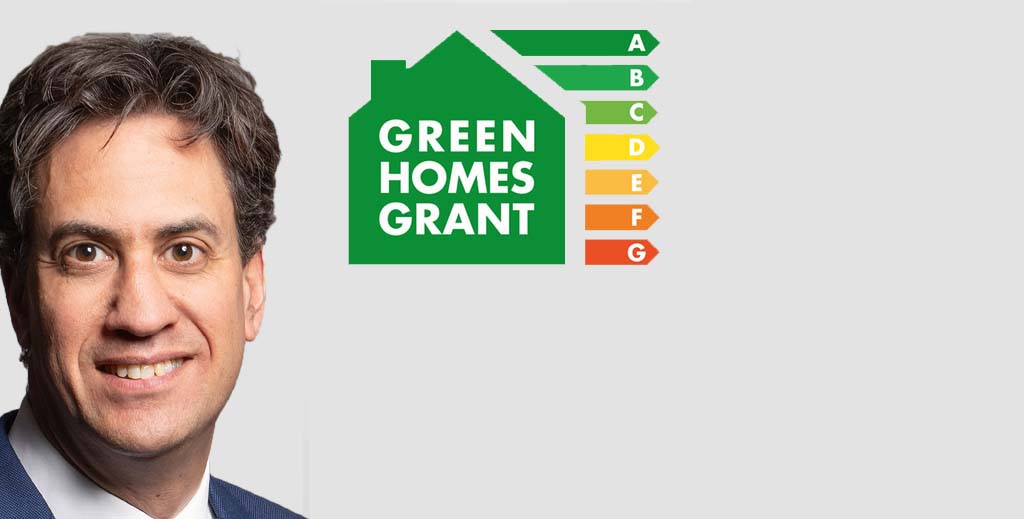 The Labour Party has labelled the government’s Green Homes Grant scheme a ‘fiasco’ after details emerged earlier today of the scheme’s mounting problems.

MP and former Labour leader Ed Miliband has said the “government needs to urgently sort out this mess and crucially make sure small businesses are paid what they are owed”.

His comments follow allegations in The Guardian that poor management of the £2 billion project had led to delays for property owners getting vouchers and that many suppliers were close to withdrawing or going out of business as payments for work already done is held up.

“This is yet another example of Ministers cutting corners and outsourcing to companies that just aren’t up to the task. They must come clean about the details of this contract so taxpayers know exactly what their money has been spent on.

“Instead of a piecemeal, short-term, fragmented approach, we need a proper, long-term, comprehensive plan to transform our housing stock.”

The Guardian article points to the US firm as the source of the problems. Despite being based in Virginia and the time differences this has caused, it was awarded the contract to manage the UK’s Green Homes Grant scheme.

This is not the first time problem with the scheme have been flagged up. As LandlordZONE has reported in our own investigation in early December, the scheme was then already dogged by weak landlord demand, teething troubles and scarce tradespeople.