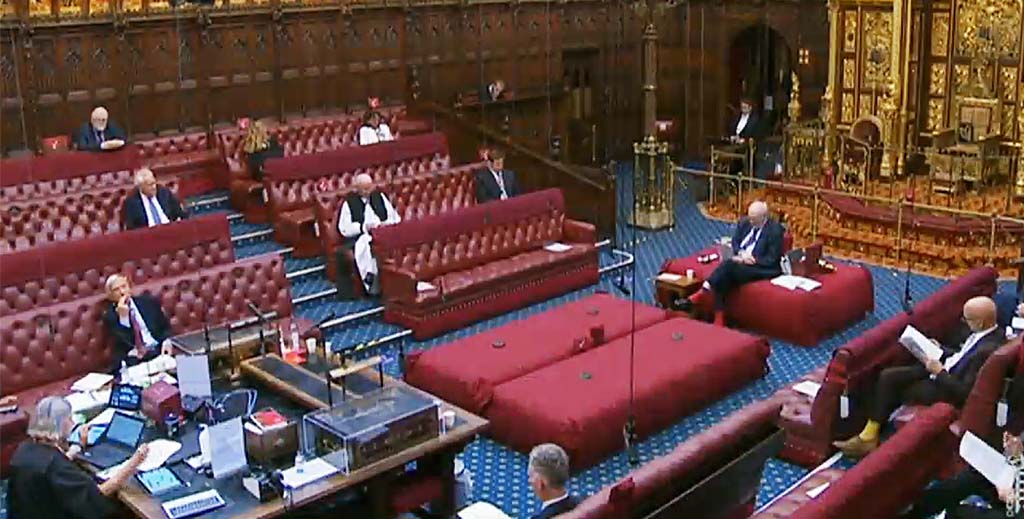 A peer hoping to extend the notice period to six months for all tenants who have faced eviction since the Coronavirus pandemic began, rather than just those served notice after August, has lost her bid during a Lords debate.

Baroness Grender’s motion to annul or cancel Amendment 4 of the Coronavirus Rules 2020 enacted in July was defeated comprehensively during a digital vote.

She had proposed to strike out the July Statutory Instrument bringing in the extended evictions ban, but many of the peers speaking during the debate worried this would spark a constitutional crisis. The motion would have seen legislation already enacted by parliament cancelled or ‘annulled’.

The baroness claimed that 55,000 people are trapped by this evictions loophole and will soon face eviction, while tenants given notice after August are protected for at least six months.

The government disputes these figures, claiming the total is just over 3,000.

“The winter truce has come too late for many tenants facing eviction and judges need more discretion to decided mandatory cases while the government has yet to ban Section 21 evictions,” said Grender.

A long list of housing experts who sit in the Lords spoke both for and against her motion including Lord Best, Lord Taylor, Baroness Kennedy and Baroness Altmann.

Altmann said: “Should landlords be expected to provide free social housing even to problem tenants? Most landlords are not rich tycoons – a balance needs to be struck.”

But peers did vote in favour of a second ‘Regret’ motion flagging up their displeasure at some aspects of the current evictions policy, rather than intervening directly in the legislative process, as Baroness Grender had proposed.