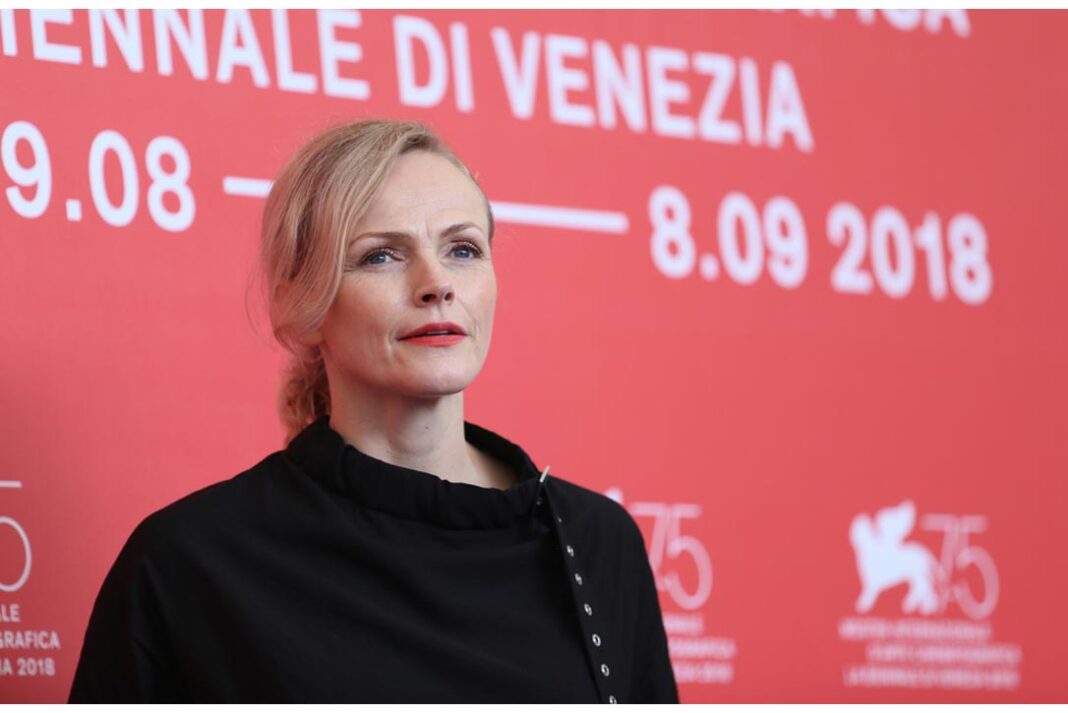 The film and TV star turned up at the socially distanced event organised by Tenants Union, Acorn and Greater Manchester Law centre which saw trade unionists, housing activists and homelessness groups demonstrate outside the Manchester and Salford Civil Justice Centre.

She told protestors that she was there to lend support. Said Peake: “It’s appalling what’s going on. I’ve realised how bloody lucky I am. We can try to continue to fight for people’s right to live without stress and fear of eviction, or where their next meal is coming from.” She encouraged them: “Get involved as much as you can and keep up the amazing work.”

A long-time supporter of the law centre, the Salford thespian is known for her sometimes radical views and was recently embroiled in the scandal over Rebecca Long-Bailey’s sacking by leader Keir Starmer, after an interview Peake gave that contained an anti-Semitic conspiracy theory, which the MP re-tweeted. She later said the statement was inaccurate.

Despite the Government’s last-minute extension of the ban on evictions, protests have been held throughout Manchester, including outside courts where cases will be heard.

The Acorn union is calling for a serious reform to renting, to prevent a wave of homelessness and has repeated its intention to resist evictions and defend communities when the COVID eviction freeze comes to an end on 20th September.

It reckons 20,000 renters across Greater Manchester are at risk of losing their homes.

Union leaders have also written to the Government stating that they fear that homelessness could return to the streets of Greater Manchester on a scale not seen since the 1930s if rapid and decisive action isn’t taken to avert the crisis.