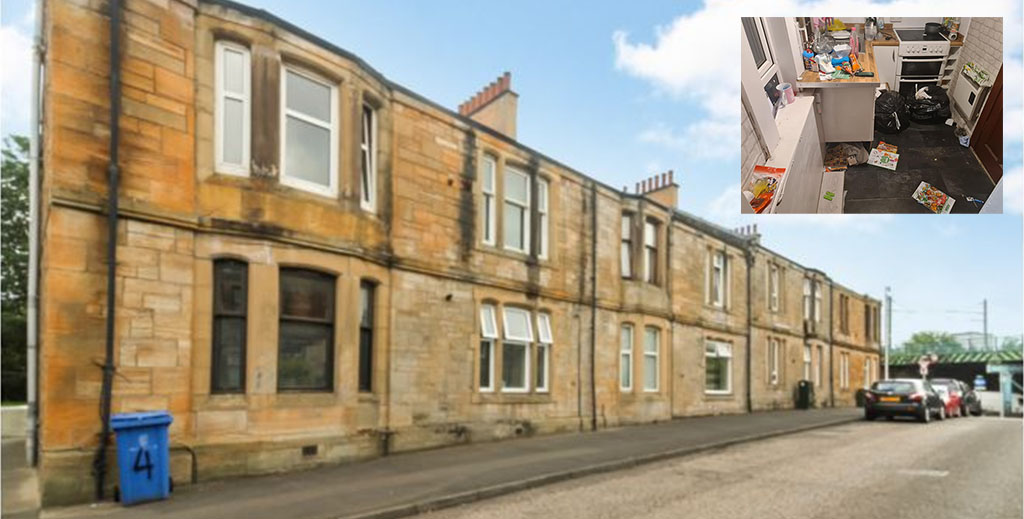 A landlord who named and shamed his nightmare tenants on Facebook after she and her partner left their flat in a shocking state had his post taken down – then reinstated – by the social media giant.

Stephen Maxwell, from Falkirk, told followers that his post was initially removed “for bullying” but after getting local press coverage he was allowed to re-post it after Facebook agreed it didn’t breach any privacy rules.

Sharing photographs of the flat also resulted in numerous offers of help from both friends and strangers who turned up to help clear the property and take rubbish to the dump.

Stephen and his girlfriend Asha Ramzan rented out the property on Atholl Place, in the Ladysmill area of the town, to a tenant and her two children, but told The Daily Record that due to the pandemic, they weren’t able to do regular inspections.

The couple only saw the state it was in after the woman moved out; there was cat poo all over the floor, along with dirty dishes (pictured), soiled underwear and half eaten food and rubbish everywhere.

Maxwell, 31, said: “It’s going to cost me a fortune to get this place sorted again. I gave this lassie a very low deposit to help her get on her feet and this is the horror I am repaid with.

She assured us she was getting the floor sorted last month, then this month it has been left half ripped up. The rubbish she has left is beyond shocking.”

He named the tenant and added: “This is a warning to other landlords – I really hope that nobody else is fooled by them.”

Campaigners gather outside parliament to call for evictions extension