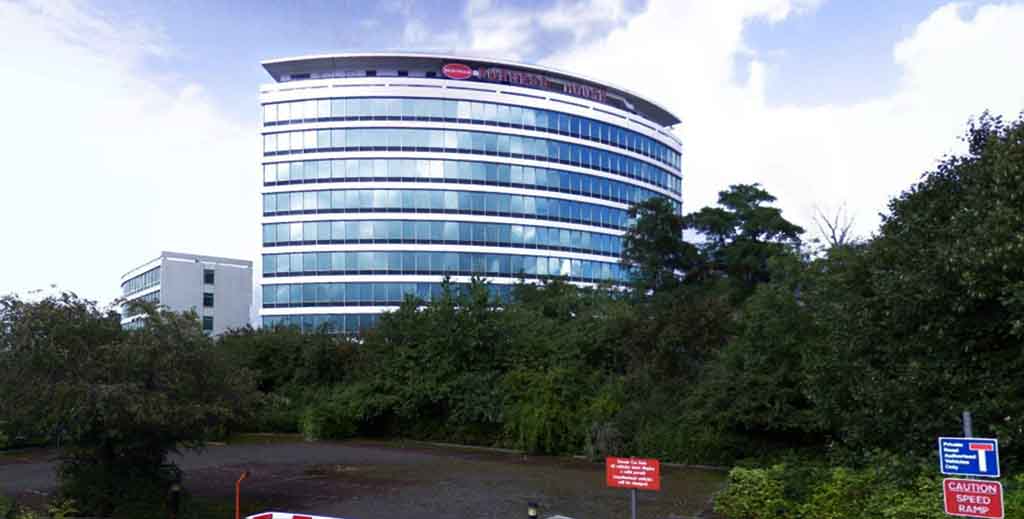 Salford Quays’ Custom and Furness House are to be demolished and replaced with hundreds of new flats.

Another example of the loss of commercial office space to residential is a scheme in Salford Quays that includes the provision of flats with the incorporation of some commercial space below.

Hundreds of new apartments are to be built in place of the two former office buildings in Salford, both now set to be demolished.

The buildings on the dockside of Furness Quay (pictured) have been stripped to their concrete / steel frames, the original plan being to convert the structures into residential flats from their office configurations.

However, the developers Fortis says it faced ‘insurmountable challenges’, after discovering structural issues with the buildings. It says these would make the conversions commercially unviable.

At a planning meeting with Salford City Council, planning consultant for the developers Helen Marks told councillors that they remain committed to delivering on its plans for the Salford site but that to make the two office block developments viable these two towers, Customs House and Furness House, need to come down.

Helen Marks said: “While work on site has now substantially progressed with the development of the two new-build blocks – Northill and Grapnel – the conversion of the existing office accommodation has been complicated by unforeseen issues with the existing structures.

“During 2020, the decision was taken to fundamentally revisit the extension and conversion of the existing blocks due to costs and associated issues of viability. The current application is a result of that exercise and ultimately is considered to represent a better response to the site.”

The result is that the Custom and Furness House blocks will be demolished to be replaced with new 22 and 24-storey residential tower blocks, incorporating commercial space on the ground floor.

The two new buildings, to be named Herreshoff and Danforth, will accommodate 336 apartments, with a mix of studio, one, two and three-bedroom flats and one ground floor commercial office unit in each building. These will occupy 452sq m of floor space between them including central ground floor lobbies.