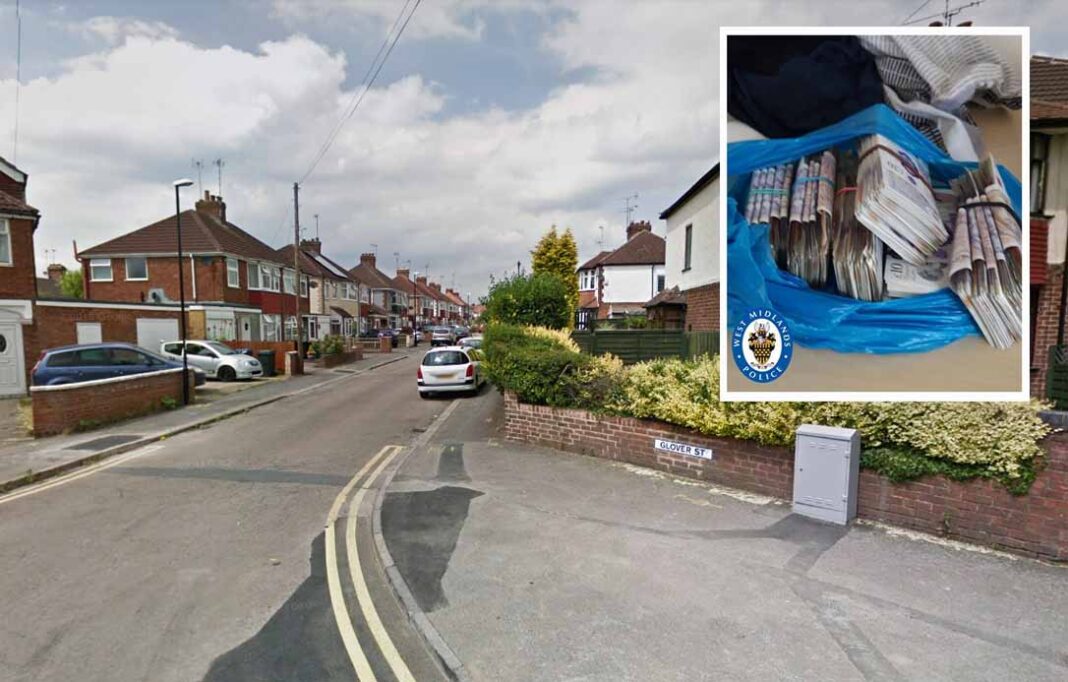 A criminal landlord believed to be at the centre of a major cannabis operation in Coventry has been arrested for money laundering and supplying drugs.

Police raided seven of the 44-year-old’s properties and discovered cash worth about £40,000 and cannabis ready for sale.

A huge herbal haul hidden under kitchen floorboards was found at the first address in Glover Street (pictured), along with five large holdalls stuffed with dried cannabis buds in vacuum-packed bags and large bundles of cash dotted around the house.

Two men aged 24 and 36 were arrested on suspicion of possessing drugs with intent to supply.

Officers traced the landlord to a house in Heather Road, Binley Woods, where he was arrested.

Previous enquiries at another of his properties in Ulverscroft Road had led to them discovering another stash of cannabis in the garage ready for distribution, plus £5,000 in cash hidden under a bed.

Two more men – aged 26 and 23 – were arrested on suspicion of cannabis cultivation and immigration offences.

Neighbourhood sergeant Deb Walker says it appears they have disrupted a huge operation with a rogue landlord suspected of using his property portfolio for drugs production and supply.

There was also evidence that illegal immigrants were being used and exploited to grow and package drugs.

She says: “We initially received community intelligence suggesting a property in Ulverscroft Road was being used to grow cannabis. We raided it on 24th July and found 400 cannabis plants. We suspect the addresses and the drugs are linked to wider organised crime and enquiries are progressing with our gangs unit to understand the full extent of the operation.”

All of the men arrested have been released while investigations continue. Read more about cannabis farms in rented properties.