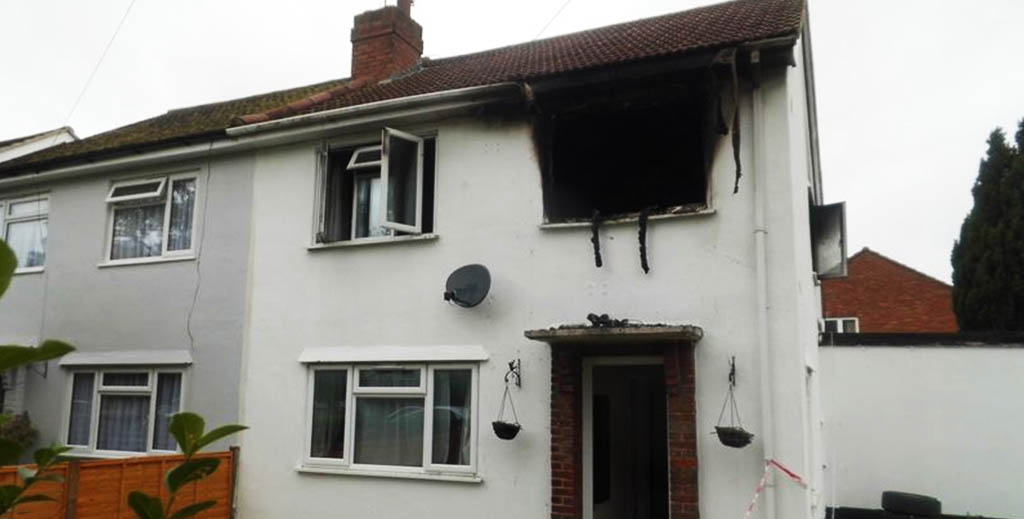 A blaze at an unlicensed HMO prompted officials to discover a dire lack of fire safety measures and the landlord to be prosecuted and fined.

Eight people were believed to be living in the four-bedroomed semi-detached house in Uxbridge Road, Wexham, when an electrical fire broke out in one of the first-floor bedrooms in the early hours of 8th October last year, causing serious damage.

An investigation by Slough Council revealed inadequate fire safety measures in the house including no fire alarms or fire doors. There was also a lack of safety features including a handrail leading to the attic room along with no safety certification of the gas and electricity systems.

The HMO was unlicensed, and an emergency prohibition order was issued preventing anyone living there until the safety issues had been addressed.

Landlord Nadeem Khan, 40, admitted five offences at Reading Magistrates’ Court and told magistrates he had borrowed money to rectify all the problems.

He added that he had been unable to evict non-paying tenants due to coronavirus regulations. Khan, of Warwick Avenue, was fined a total of £900 and ordered to pay £3,000 costs and £90 victim surcharge.

Councillor Balvinder Bains, cabinet member for regulation and public protection, says: “This could have had a very different outcome. A fire in the middle of the night with no fire alarms could have resulted in much more serious consequences.

“The reason there are landlord licences is to raise the quality of privately rented homes so tenants are in a compliant environment.”