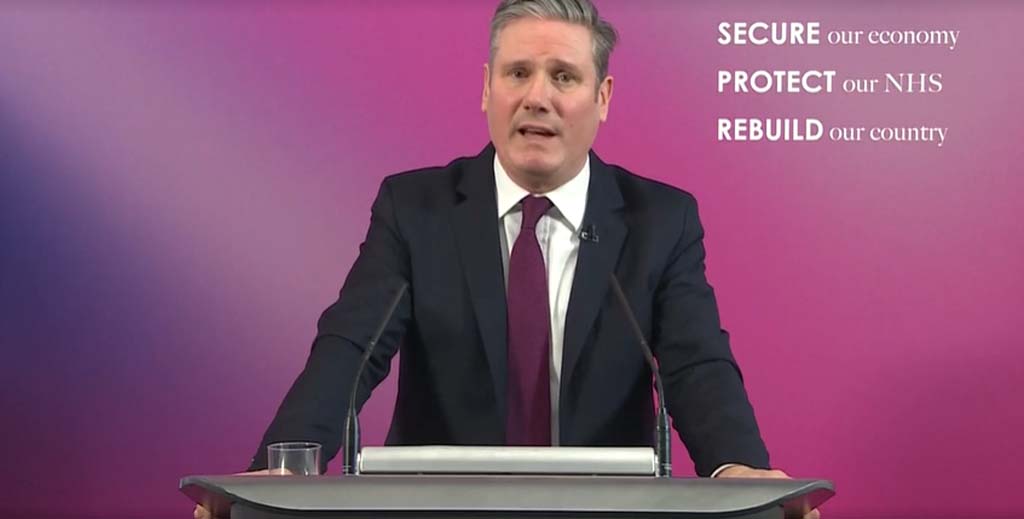 Labour leader Keir Starmer has called on the government to go further and extend the evictions ban past the current February 21st deadline announced on Friday.

His call for action, which is unlikely to go down well among landlords who already have court-approved possession orders to evict tenants in serious arrears, was made during a keynote speech made this morning via social media.

Starmer says during the address, which has been delivered with an eye on the already delayed local elections due to now take place in May, that he wants the government to ‘put families first’.

He says Ministers should back local authorities to prevent council tax rises, stop any cuts in Universal Credit, “extend the ban on evictions and repossessions” and give “key workers the pay rise they deserve”.

In notes published alongside his speech, Starmer’s team says the evictions ban should be kept while the lockdown is in place, which is expected to endure in one form or another until April and even May this year.

Labour has also criticised the current evictions ban, claiming that it breaks previous promises by the government to ensure that those who have lost their income during the pandemic would not be evicted.

This is because, after being persuaded by the NRLA, Ministers agreed that ‘egregious arrears’ will now include those of more than six months duration rather the nine, which now includes tenants who stopped paying their rent after the pandemic began.

Watch the speech in full.