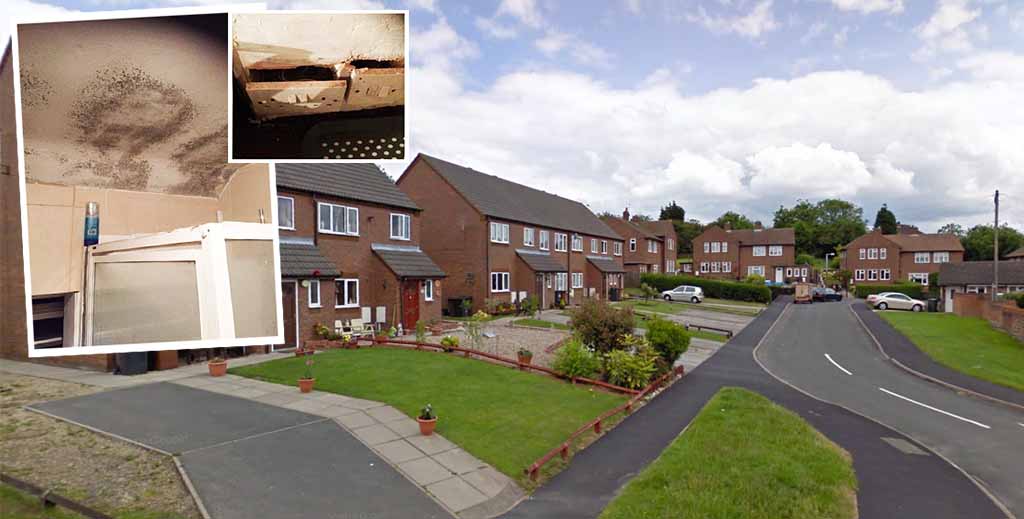 Criminal landlord Besnik Halaj has been fined £20,000 for housing vulnerable tenants in an unlicensed and dangerous HMO.

Shocking photos show bedsits in a terrible state, a double plug socket completely removed from the wall with exposed wires and a major mould problem on the kitchen ceiling.

In a case brought by South Derbyshire District Council, the 47-year-old admitted four offences under the Housing Act.

Problems at Halaj’s property off Elmsleigh Drive, in Midway (pictured) were first investigated by environmental health officers in May 2019, who told him it needed a licence and to ensure that it met safety standards.

A follow-up visit during late 2019 with the police international liaison office found it was still in use as an HMO and now posed a serious risk to the tenants’ health.

They discovered a deficient fire detection system, lack of fire doors, electrical defects, no hot water, no gas safety certificate and a kitchen in a poor state of repair.

Magistrates said the offences were so serious that the landlord had put people’s lives in danger. Along with the fine, they awarded costs to the council of £1,427 and a victim surcharge of £181.

Councillor Steve Taylor, chair of the environment and development services committee, says: “Halaj wilfully ignored the law and the advice of our officers and tried to profit from the vulnerability of his tenants.

“We will investigate and take action as necessary and any landlord who thinks that they can rent unsafe housing in South Derbyshire had better think again.”