Home News TV show to feature landlord’s battle to get back property back from... 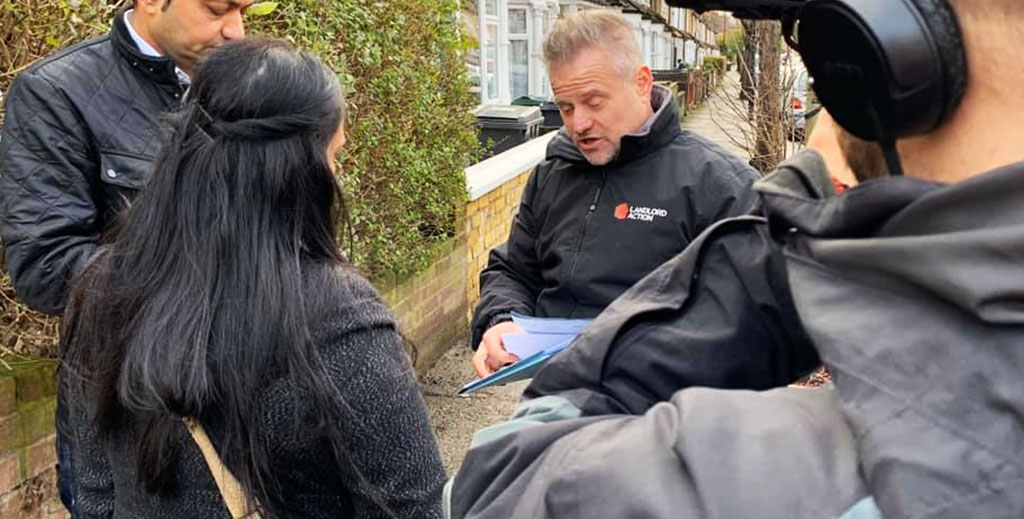 The next episode of the new and sixth series of Nightmare Tenants Slum Landlords is due to air tonight (1st July 2021) at 10pm on Channel 5 featuring evictions experts Paul Shamplina.

He will be seen helping landlord Sam Mubarak who bought a house for his mum but, when she became ill and moved back in with him, he then converted into an HMO.

A year-and-a-half ago, one of the tenants stopped paying rent and refused to move out, leaving Sam nearly £11,000 out of pocket and desperate to get his property back.

Other cases featured in the programme include letting agents Karen O’Connor and Gemma Painter who investigate claims of vandalism and anti-social behaviour at a property they manage in Wigan.

When they discover the tenant is no longer living there, they track her down and discover she’s abandoned the property and has tried to move in somewhere else via a fake reference.

Also, lawyer Chris Sharpe is called in to evict squatters who have taken over a commercial warehouse in Hackney, London and in Darwen, Lancashire letting agent Paul Ainsworth-Lord issues eviction proceedings on a tenant with over £3,000 in arrears.

But his attempts at evicting him are delayed when the tenant refuses to leave unless Ainsworth-Lord gives him a good reference.

The lawyer knows there’s only one way to sort out the problem – going straight to the tenant’s guarantor. But will she play ball with him or make the whole situation worse?

Watch the previous episode of the series aired on 24th June 2021.

Find out more about evictions. Read more stories about HMOs.