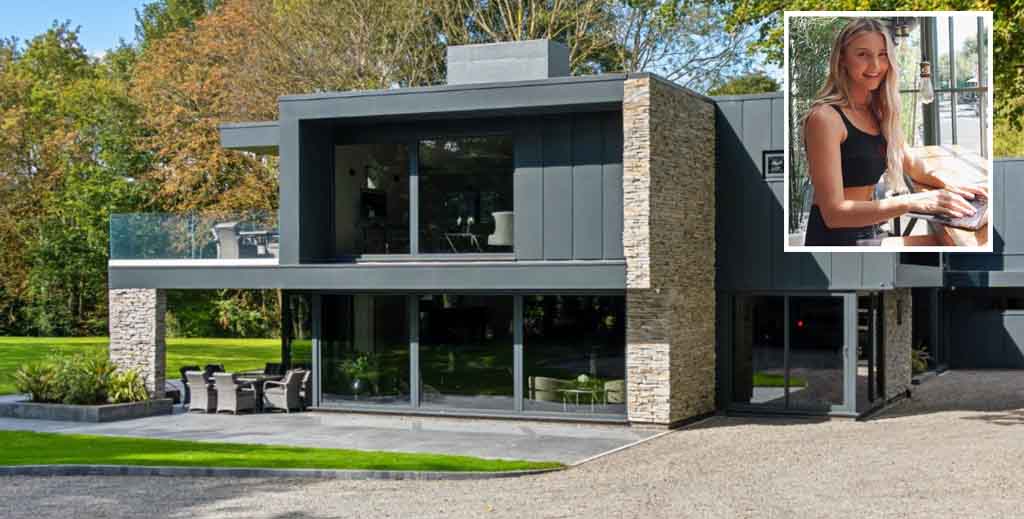 A TikTok celebrity couple from Rugby have been reminded by the Advertising Standards Authority (ASA) that their posts must be labelled as sponsored content if they are paid to produce them.

Twenty-somethings Summer Newman and her partner Matt Mellor have attracted a 200,000+ following on the social media platform using a familiar sales patter.

The pair, whose business has received glowing reviews from several UK tabloids including the Daily Mail, describe themselves as property deal sourcers for ‘cash rich, time poor’ investors.

The pair are also landlords, and say they have a portfolio in their home town, Rugby.

Newman has now begun using her sizeable social media following to promote their £797 ‘Mastermind’ property investment club, while also keeping their followers entertained with tours of super-luxe properties for sale including a prime newbuild development in Nottingham called The Knoll.

Her other main social media outlet, an Instagram account, was set up in 2013 when Summer was in her early teens featuring pictures of Lamborghini cars and multiple trips to Asian and other exotic destinations. She and her boyfriend also have a popular joint YouTube channel.

Their shtick is not a new one, but has a ‘get rich quick’ ring to it that appeals to their Millennial followers and who they say, like them, can enjoy an apparently luxe lifestyle by purchasing under-valued properties off ‘motivated’ vendors and then, on behalf of investors, refurbishing and selling them on for a 20-25% profit.

ASA rules say that if a TikTok creator has been paid to post content, it must be labelled as such. But in the past it has not been clear whether the couple’s property tours have been sponsored or not.

They have told The Times that estate agents and developers are happy to let them film their property tours for free, and only pay the couple expenses such as parking charges. This is somewhat puzzling – very few if any of their young followers on TikTok are likely to be target buyers for such expensive properties. The Knoll is currently for sale at £4.5 million.