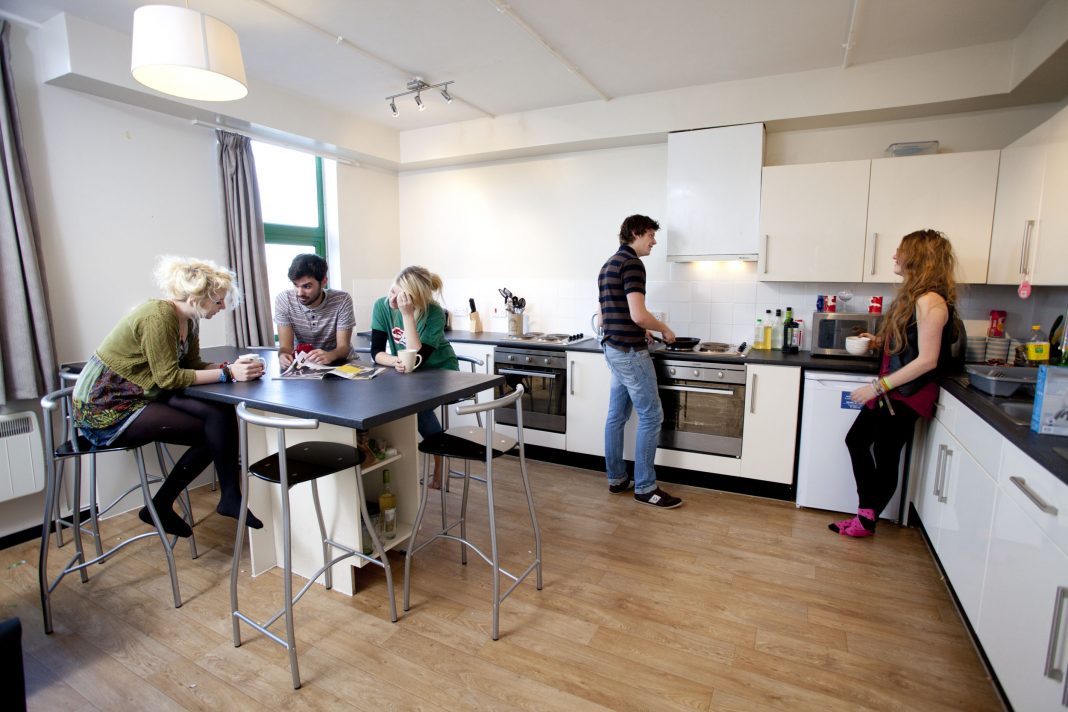 A new report highlights static accommodation costs across England in the wake of rising student debt.

An annual report (1) into student accommodation, compiled by Glide Utilities, the student utilities and service provider, has found that private student rent has remained at an average of £100 – £119 a week, for the second year running.

The news comes as a respite for students, who face increasing debts, with the Institute for Fiscal Studies (IFS) last month reporting that students in England are likely to graduate with debts just shy of £60,000. (2) The fourth annual ‘What Students Seek’ report found that 20% of students don’t envisage paying off their loans, a number that is dramatically out of sync with the IFS, which forecasted that three quarters of students will never be able to pay off their loans.

Accommodation represents the second biggest spend for students during their studies following fees. The What Students Seek report found that 72% of students pay between £80 and £139 per week. University locality creates some variance with 15% of London students paying over £200 a week, and 69% of students in the North East paying less than £90 a week.

Almost half, 45%, of students surveyed said their accommodation offers good value for money, but 36% disagree, suggesting that while rents remain static, landlords need to understand students better to attract and retain the best tenants; a growing concern given the continued increase of modern student developments on the market. (3)

The annual What Students Seek report uncovers what students look for when it comes to their accommodation to reveal common themes that could help landlords improve the market appeal of their HMO property.

Key insights from the 2017 report:

Less is more: On average students live with four other people, with 39% sharing with five people or more. However, when asked how many people they’d ideally like to live with, almost half, 48%, indicated they’d like to share with just two or fewer people in their next property.

Switch off the TV:  It appears that a television is not going to sway students into renting a property. The majority, 60%, rated having a TV as the least important factor when choosing accommodation. After cost, a fast broadband connection is by far the most important factor for students, followed by good storage space, bills inclusive and double beds.

Management: The majority of students are positive when it comes to the way their property is managed; 57% shared this view. However, almost a quarter, 23%, felt negatively citing the following top issues to be causing problems:

Lack of response on maintenance issues, (37%)

Bills included: Three quarters of students said that having bills included in their rent was either essential or quite important when considering a property, making this an easy fix for landlords and letting agents in attracting tenants.

Outside of accommodation needs, the report also pointed to a decline of the infamous student social life. When asked how respondents funded their social life, almost one in five, (17%) admitted that they didn’t have one.  Despite this over a third still rated the proximity to bars and clubs as an important factor when choosing accommodation.

James Villarreal, CEO at Glide Utilities said of the 2017 What Students Seek Report; “It’s good news for students that private rental costs remain static, especially since the price of living in Halls of Residence continue to rise. However, it’s very likely that costs will rise moving forward as the ban of tenant fees will inevitably get passed through to the price of the rent., therefore landlords and agents can offer students greater value for money  by offering bills included and ensuring that properties are well maintained and efficiently managed”

What Students Seek was commissioned in April and May 2017 by Glide Utilities. 722 students responded to the report via www.accommodationforstudents.com, the UK’s leading student accommodation website. The full report can be downloaded here.