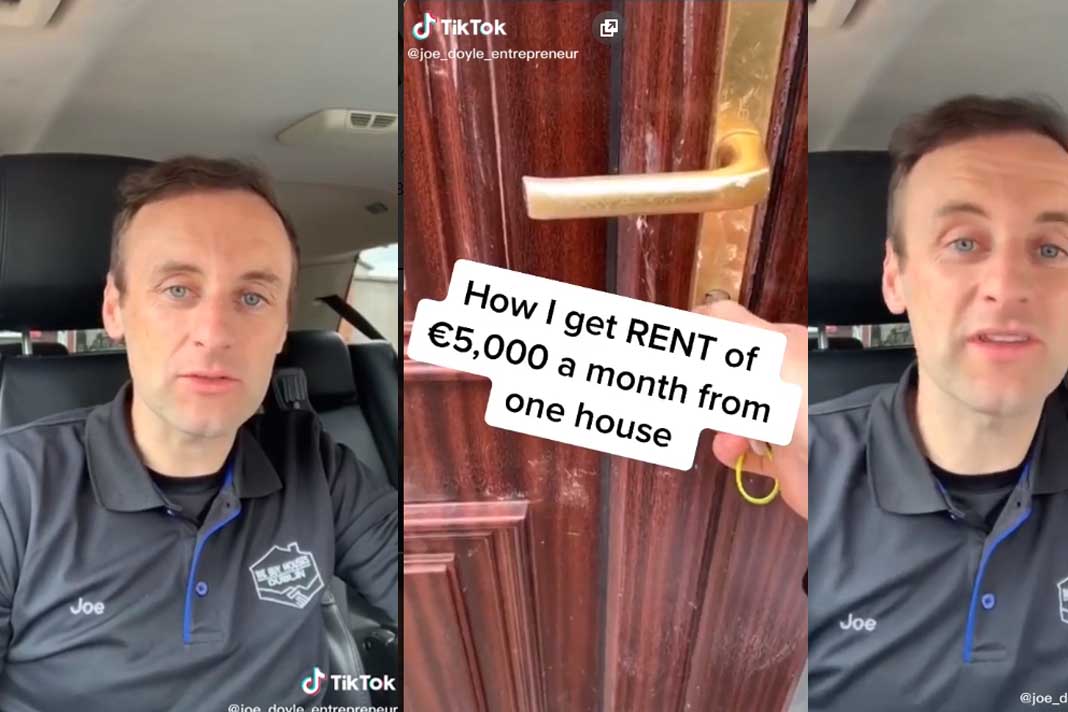 A landlord and self-styled #makemoney property investment guru has stepped into a social media furore after posting a message on TikTok egging on investors to maximise their profits by running overcrowded HMOs.

Irish landlord Joe Doyle, pictured above, who is also a spokesperson for the country’s Residential Landlords Association, posted the 40-second TikTok video earlier this week, and was subsequently watched by 23,400.

Titled ‘How I get rent of €5,000 a month from one house’, Doyle was deluged by criticism on TikTok and other social media platforms after suggesting that landlords should buy council houses and then pack them with eight people – he suggests by having two families live in it – and “pack them in and then collect the money”.

Doyle has today posted another video revealing that the original TikTok post was a satirical attempt to lure in more followers to his account, and that he wasn’t serious about any of the advice given.

Readers can decide themselves of course and watch the video, but his presentation style makes it hard to tell.

And many of the 600+ commentators on his video have not been forgiving, one calling him a ‘landlord leech’.“The trouble is Joe is that your video isn’t outrageous enough to be satire, and [this kind of HMO] is a reality for some people,” said TikTok user @guieireann.

“Even though this is probably a joke, there are landlords that think like this. No wonder there’s a housing crisis,” added @pipfanpage.

Doyle is not the first person to get into trouble for a ‘jokey’ TikTok post about being a landlord. Last month a New York landlady had to quit the platform after making jokes about stealing tenants’ mail when they got into rent arrears.