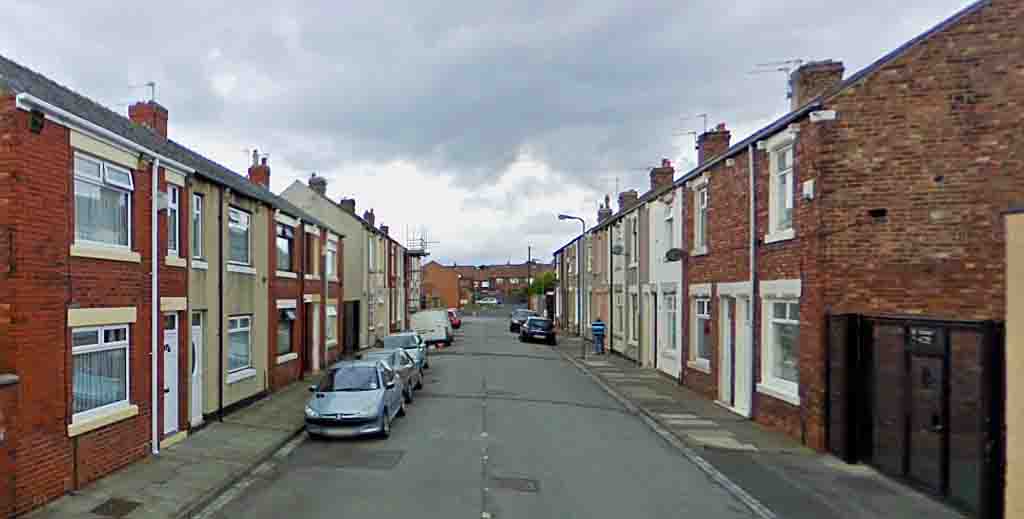 A prolific copper piping thief who cost landlords thousands of pounds has been jailed for 10 months, highlighting the growing problem of criminals who strip empty properties of valuable metals.

Cameron McLeod, 35, of Glamis Walk in Hartlepool, targeted empty houses in the town where police first found him on 30th January last year, soaking wet at the back of a house in Harcourt Street (pictured) where water was pouring out, causing £1,000 of damage.

DNA checks from an earlier copper pipe burglary in Eddlestone Walk on 9th December 2019 linked bloodstains to him.

There, he had caused £2,000 of damage and forced the landlord to delay handing the house over to a new tenant.

He also admitted another burglary where the landlord said McLeod, whose fingerprints were found on a sink, caused £1,400 damage and cost more in lost rent.

McLeod was handed the jail term – suspended for 20 months – by Teesside Crown Court last September. He was also ordered to attend drug rehabilitation, probation and face a curfew.

However, he breached the conditions of the order, sporadically engaged with probation and drug rehab and did not comply with the curfew.

At his latest court appearance, Daniel Penman, defending, said McLeod’s curfew breaches were linked to anxiety and depression, while missed appointments with the probation service were down to a faulty mobile phone.

He added that McLeod was now clean of drugs after a long-standing addiction linked to his offending. But Judge Jonathan Carroll said he had no alternative but to jail him.

He told McLeod: “I have bent over backwards to help you find a way through all of this. “I’m saddened on your behalf but there are times as a judge when I’m required to make difficult decisions and I’m afraid this is one of them.”

Read more about landlords in Hartlepool.