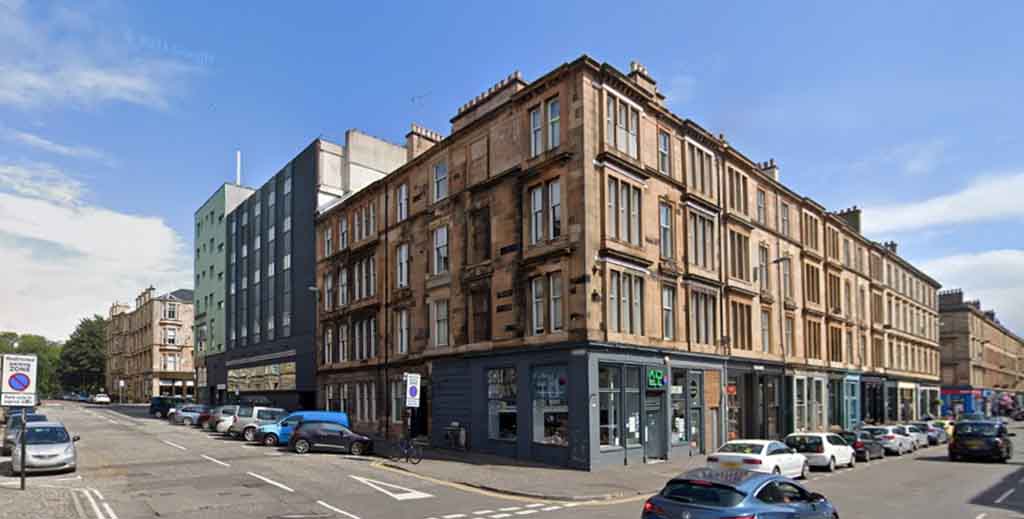 A property firm has been warned to get tenants to pipe down after Glasgow’s licensing and regulatory committee heard that neighbours complained about a bagpipe-player striding around in an upstairs flat.

Sabhab Holdings was only granted a one-year instead of a three year HMO licence due to noise and maintenance issues, reports Glasgow Live.

A neighbour had reported parties being held at the first-floor tenement flat in Derby street (pictured) as well as a bagpiper tenant playing in the flat.

Representative Archie MacIver said there was no suggestion that the playing was taking place during the night. “It seems to be during the day. He was walking up and down the room beating his feet to keep time.”

However, he said the firm had only heard about the issue before the committee meeting. He added: “Had we known, the applicant would have had a word with the tenant and reminded them to go out to Kelvingrove Park and practice the bagpipes.”

The Glasgow council meeting heard that the previous tenants including the bagpiper had moved out. Receiving confirmation that the applicant had a 24/7 phone line for reporting problems, councillor David Turner said: “It doesn’t matter if it is night or day, if someone is playing bagpipes the whole tenement would hear it. A young baby would have issues with that.”

The committee heard there had also been a delay of more than two years until ventilation was installed in a new toilet in February. A £20,000 refurbishment in 2018 resulted in a new bathroom causing a leak into the home below, which was immediately dealt with by plumbers. The firm had also offered to repair any damage to the downstairs flat.

Sabhab Holdings agreed to engage with neighbours to establish a more harmonious relationship.