There’s been a lot of talk in the media recently about rogue landlords and how they house their tenants in appalling conditions, and landlords “raking in the money” for doing next to nothing. What we rarely hear about these days is the other side of the coin: the tenants that cause landlords sleepless nights, lots of stress and worry and a big hole in their pocket.

Liverpool landlord Steve Parry, 55, a surveyor, had invested in two rental properties in his home town, hoping the two would rent out to provide him with a comfortable income for his retirement, as he told the Liverpool Echo he does not have a big workplace pension.

But Parry claims he has ‘not made a bean’ after ‘the living nightmare’ he has gone through with this tenant family.

The shocking photos at his Wavertree property, published in the paper, show just what a trail of destruction was left behind by his “tenant from hell” – a wrecked kitchen, flooded bathroom and bags of dog mess left around.

The pictures show internal doors smashed in, piles of rubbish in the sink, cupboards torn off and a ceiling that collapsed after a flood in the bathroom, which brought down the ceiling below, and the landlord believes this was deliberate.

The female tenant had refused to leave the property for months even after the landlord had served notice and gone to court, and Parry claims he ended up losing more than £2,000 in unpaid rent, £1,500 in court fees and at least £6,000 of damage to the home.

Parry decided he had to evict the tenant and her children in 2015 after she had fallen behind with rent. And despite the tenant signing a tenancy agreement which didn’t allow pets, a large dog, which the landlord claims had scratched several floors, and ‘petrified’ him when he went round.

“The house was wrecked – it’s shocking. She had failed to sort the rent out despite numerous promises, so I gave her two months’ notice to quit.

“I was then forced to serve two notices on her, which cost £200 each and she ignored. I had to get an order for possession in court, which I only got in the November.

“She was supposed to vacate by December 13, but despite everything I let her remain on agreement she would leave after the New Year,” said Parry

“But she refused to move – saying she was looking for a new house. I had no choice but to pay for court bailiffs. She was finally removed this April.”

Parry said the experience has put him off taking on tenants reliant on benefits to pay rent, though he admitted it was unfair on most decent housing benefit tenants.

Mr Parry said that many other landlords were also turning their backs on this type of tenant, partly as the income is less reliable after welfare reforms put tenants in charge of managing their money.

He told the Echo:

“Most people are good people, but you get a few rotten apples. I can see it causing problems for 99% of people who aren’t like that.

“People assume you’re loaded as a landlord, but I haven’t made a bean I’ve had that many problems. All I’m hoping is the house value will be more than I bought them for.”

Mr Parry noted that politicians had rightly started cracking down on bad landlords, but called for more action to protect good landlords from problem tenants. 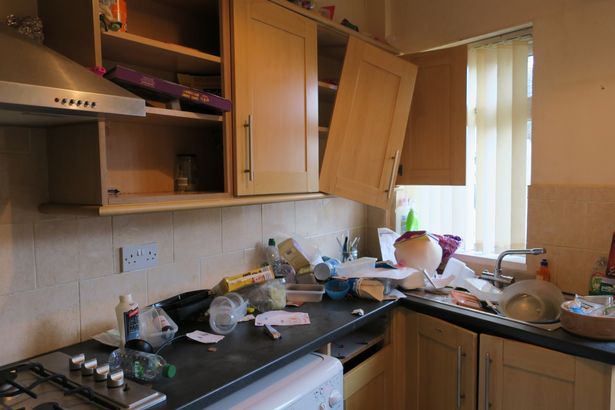