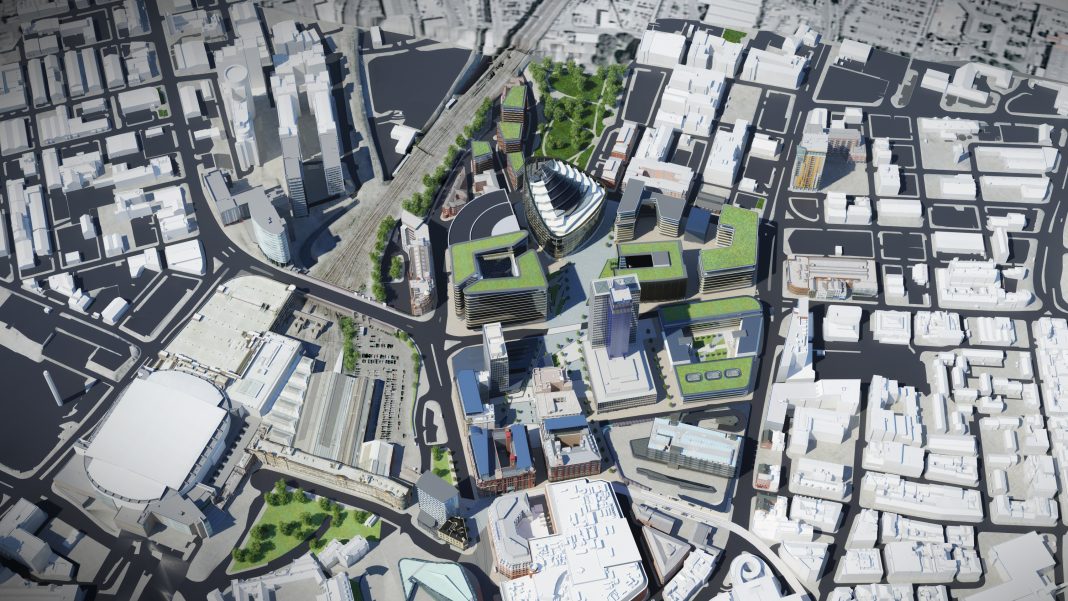 Manchester has continuously held a place in the Hometrack Top 10 fastest growing UK cities, thanks to the low buying prices and a steady investment market, says the investment firm.

September’s Amazon decision to move into the Hanover Building in Manchester’s NOMA*, which will be a total of 90,000 sq ft. Doug Gurr, UK country manager at Amazon said,

“The city offers an incredibly talented workforce and a budding tech scene with some of the most exciting, fast-growing tech companies in the UK situated here”. It has been reported that the move will bring 600 new jobs to the city.

Amazon will be joining a group of other tech giants who have also identified Manchester’s potential and recent growth. Booking.com plans to move their global HQ into St John’s Quarter for their transport division, RentalCars.com. The company will be moving their four existing sites across Manchester into this new site, bringing with them 1,500 employees.

Booking.com has already created 75 new tech jobs in Manchester and is looking to hire another 200 new roles as soon as possible, with many more planned for the next 18 months. This year will see the construction of the second largest Booking.com location outside of Amsterdam – an incredible development for Manchester.

“We are committed to the city of Manchester and to its future as one of Europe’s largest and most important tech hubs. Our operations in Manchester form a critical part of our global infrastructure and we have big ambitions to grow here over the next 12 years”.

Many are now seeing and comparing Manchester to California’s Silicon Valley due to the huge expansion of Manchester’s tech hub. Figures from Colliers International have shown that 40% of office space enquiries in Manchester have been from companies in the tech sector, as many more plan to move to, or start operations in Manchester. There are currently almost 52,000 tech workers working in Manchester, making it the largest tech workforce outside of London, as well as the digital turnover reaching around £2.9bn.

Manchester is quickly becoming the most dominant city outside of London and some have even dubbed the city as the ‘Capital of the North’, with most businesses choosing Manchester over the capital due its low living costs says NPP. Not only that but Manchester is one of only five cities in the country where house price inflation is currently over 6%, which makes it more than twice the rate of earning’s growth (currently 2.7%).

For aspiring business professionals, Manchester is one of the most exciting cities in the UK says NPP investments. Currently Manchester’s student retention rate is at an ultimate high, with more than half of higher education leavers continuing to live in the area and gaining employment in its booming creative and technology sectors.

NOMA focuses on revitalising and opening up the northern quarter of Manchester city centre which had not previously undergone the redevelopment seen in other central areas of the city. The Co-operative Group, the company backing the scheme, have been based in the Manchester area since their inception in 1843 and their hope is that the development will attract even more companies to invest in Manchester. The development involves the creation of 4 million square feet (400,000 square metres) of office, residential, retail, leisure and hotel space.

A landlord’s guide to the property market in 2022